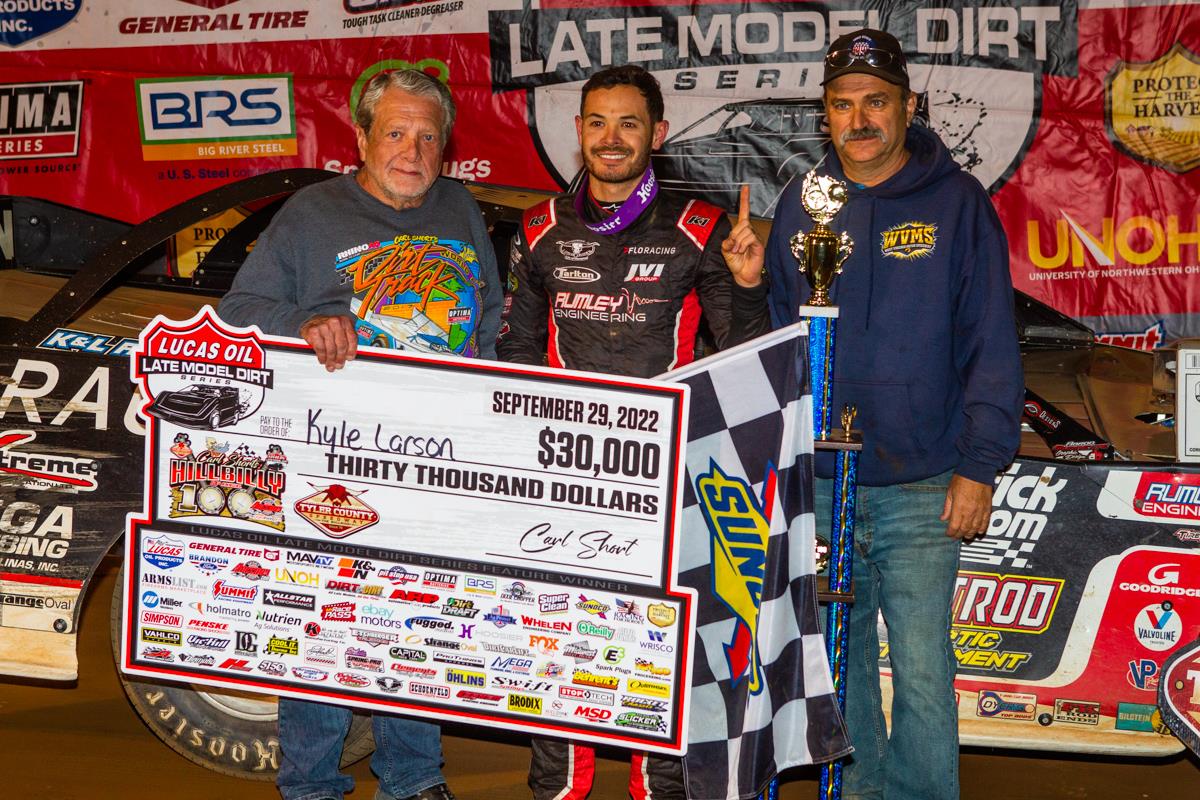 Larson, who won his first-ever dirt late model event at Port Royal Speedway in 2020 in only his second start saw, Sheppard, Alberson, and Garrett Smith all take shots at him during the race. However, the 30-year-old California native was credited with leading all 100 laps despite be scored dead-even at the stripe three times during the race.

With the win Larson becomes the 20th different driver to win a Lucas Oil Late Model Dirt Series race this season. “That might be one of the luckiest races I have ever had. The cautions just fell at exactly the right times when I needed them to. You know every time I started seeing their nose to my inside the caution would come out. I wasn’t any good running around the bottom, so I knew I was in trouble. The caution would come out and it would take me about 10 laps to catch traffic. There were laps where I felt like I could get my angles right in traffic and get my wheels spinning underneath me. Most laps if I moved down below the banking I was shoving.”

Sheppard, who ran in second for most of the race, lined up right behind Larson on a restart with seven laps to go and tried the low line to pass Larson but came up one car length short of his first Hillbilly Hundred win. “These bullrings produce the best racing that’s for sure. The track was awesome tonight. With the rain they had, they worked on it all day long and gave us a great racing surface. Congratulations to Kyle he did a heck of a job there. We were right there several times. He [Larson] had good speed up there running up on the banking. I couldn’t make anything happen, I thought I was going to in lapped traffic, but the caution would keep coming out. He did a really good job.”

Alberson, the current O’Reilly Auto Parts top rookie in the Lucas Oil Late Model Dirt Series came close to the biggest win of his career. “I wanted to win that thing bad. I really thought we had a shot there for a minute. I got one good run on him [Larson] off of four. I felt like that was my one shot. I felt pretty good, lapped traffic I would get out a little wider. I was a little tight to get down there in three and four. That was a heck of a race this place is elbows up for sure.” 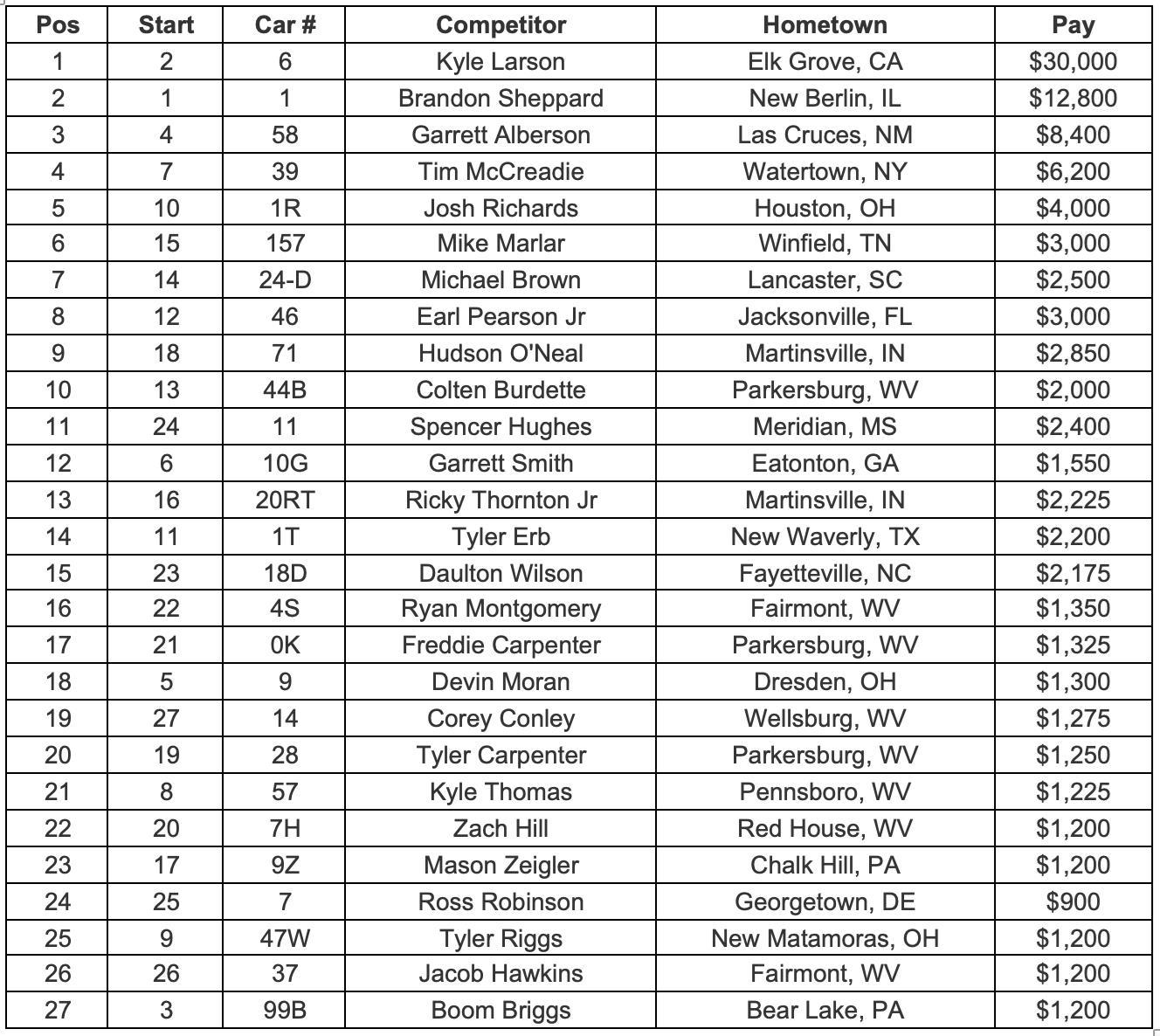