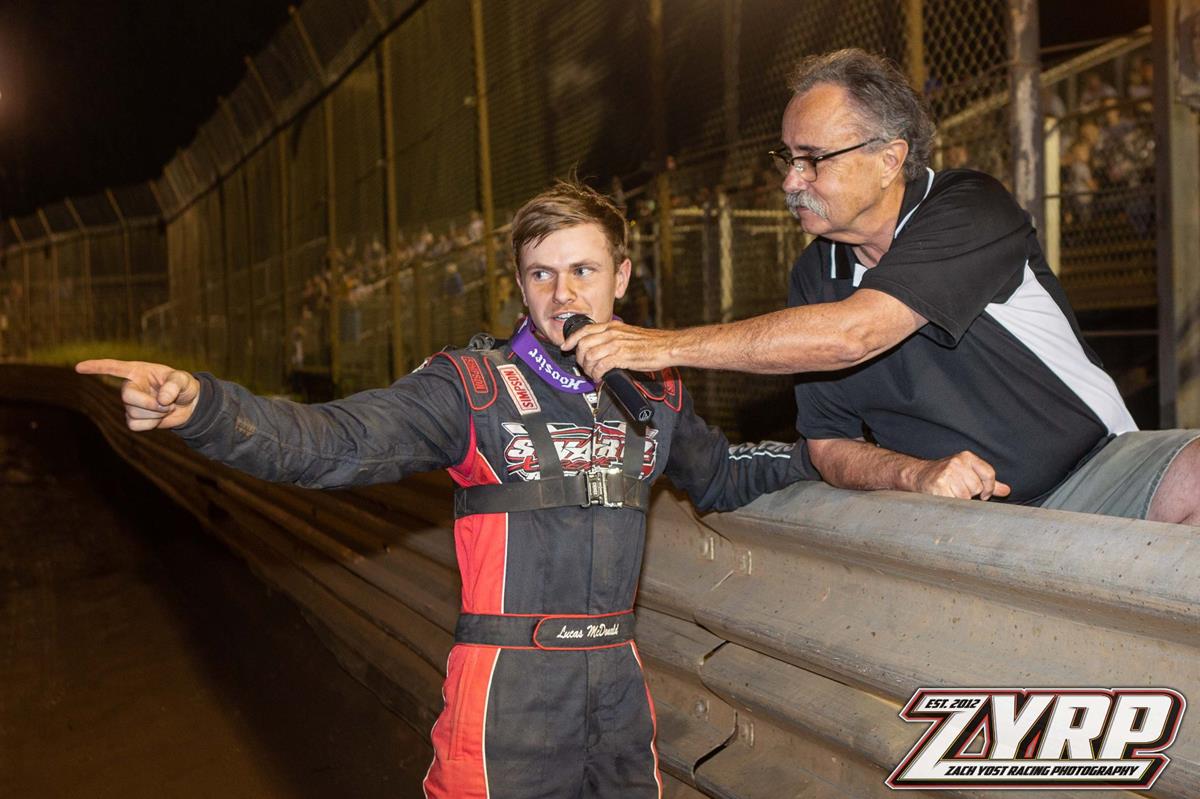 The Tyler County Speedway welcomed over 120 race teams to the Bullring for the Season Championship and Hillbilly Qualifiers. With all heat race action and two feature events in the books the sky would open up in a monsoon washing away the rest of the program. Picking up feature wins included Lucas McDonald, Cruz Vandall, Cruz Thomas and Wyatt Demoss in the abbreviated show.

A strong field of twenty three Middlebourne Galaxy Food Center Sportmods would see Charleston, WV’s Cruz Vandall pick up his first win of the season at the ‘Bullring’. A great weekend for the pilot of the #00 machine that would see Vandall score a weekend sweep after his win at Ohio Valley Speedway on Friday. Following Vandall to the pay window was Tyler Spencer, Sonny Leek, Marcus Collart and Jeff Burdette.

Kicking off the evening in the Mini Wedge class it was Cruz Thomas getting win #10 in the Junior class and wrapping up the track championship. Following Thomas to the line were Kyndi Glover and Bryar Glover. In the Senior division it would be Wyatt Demoss saving his best for last as the youngster scored his first win of the season ahead of Jake Casto and Erickson Smith.

The four rained out features including the Super Lates, UMP Modified, EDGE Hotmod and SCDRA 4 Cylinder will be made up during the Friday Night portion of the 54th Annual Hillbilly 100 on Sept. 2nd.

The Tyler County Speedway takes off this Saturday Night, August 27th in preparation for the huge Labor Day weekend racing extravaganza known as the Hillbilly 100 on Sept. 2-4th. The little ‘Bullring’ will officially kick off Hillbilly week with a Sunday, August 28th Flat Kart and Mini Wedge matinee with gates opening at 1pm and racing getting underway at 3pm. 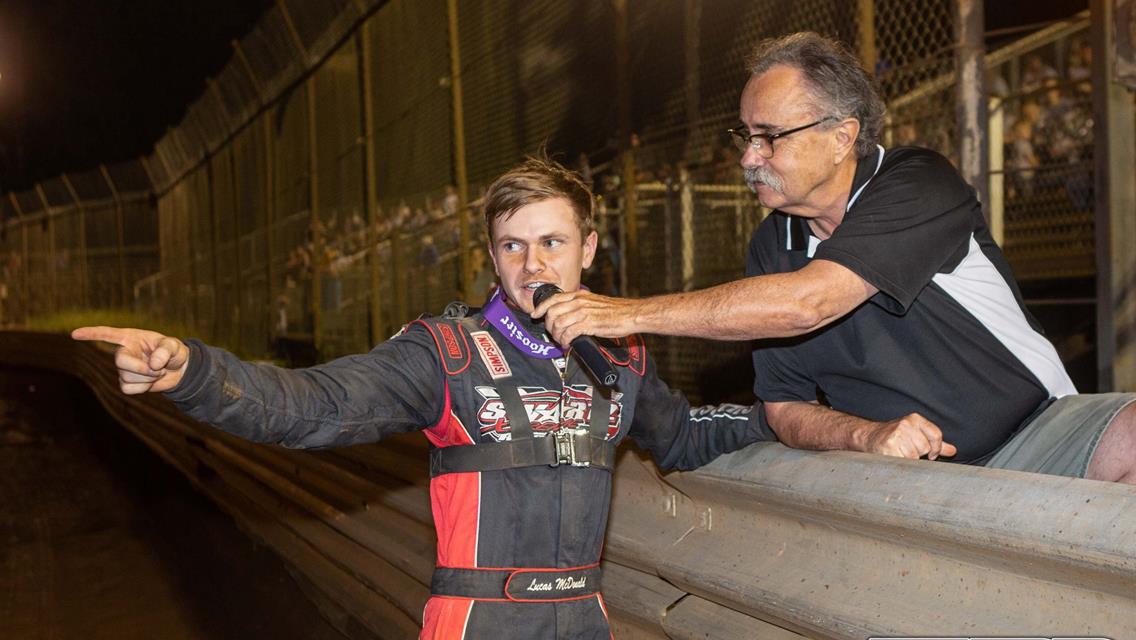 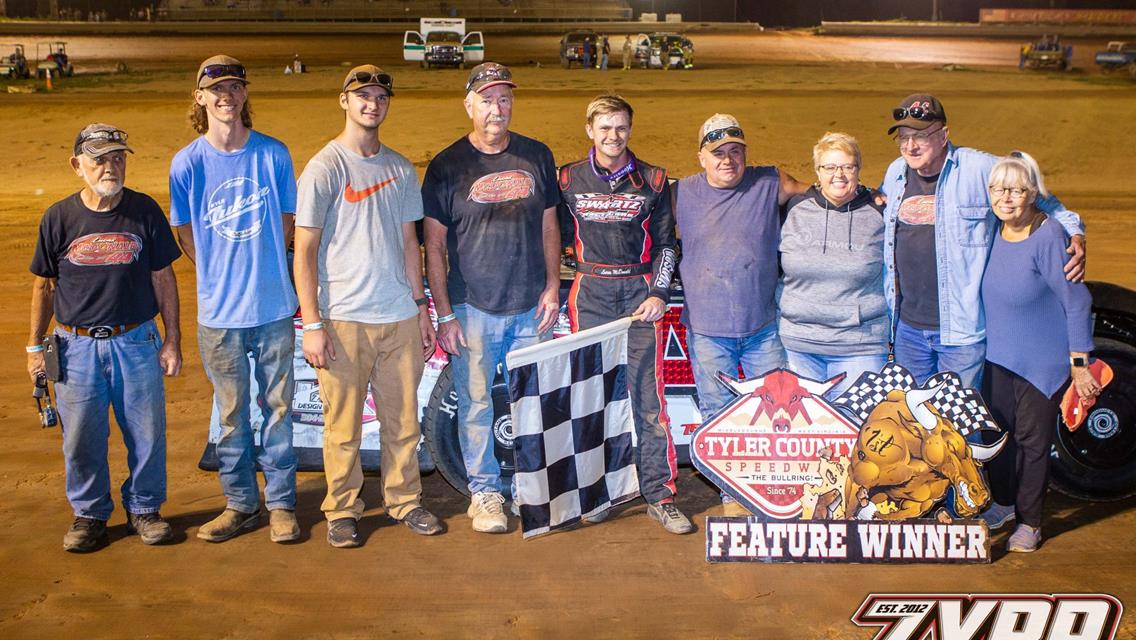 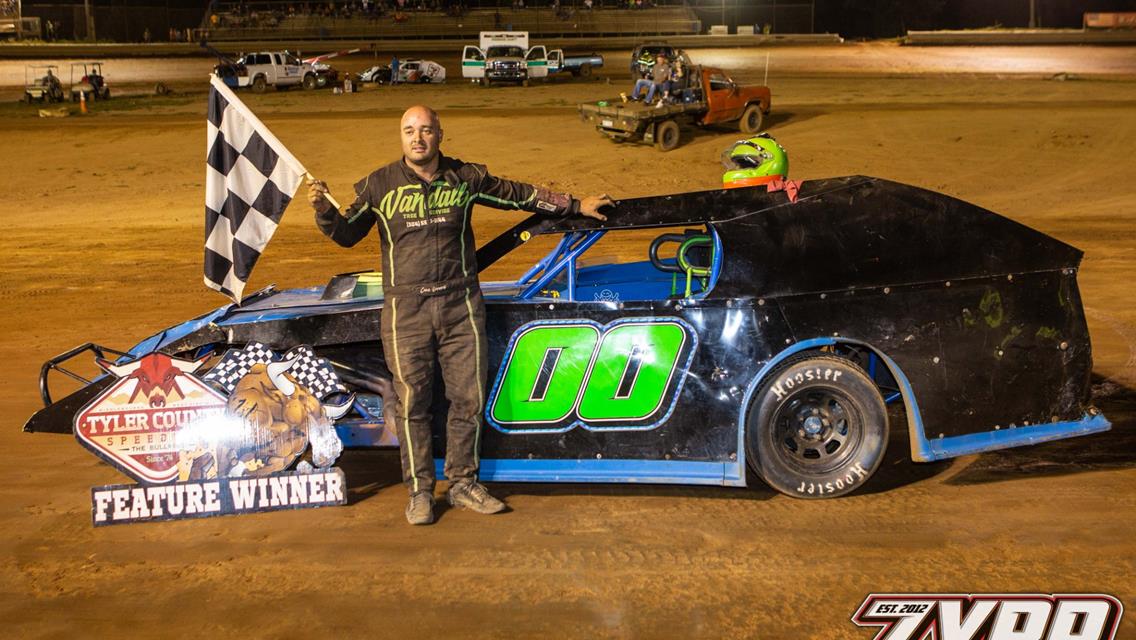 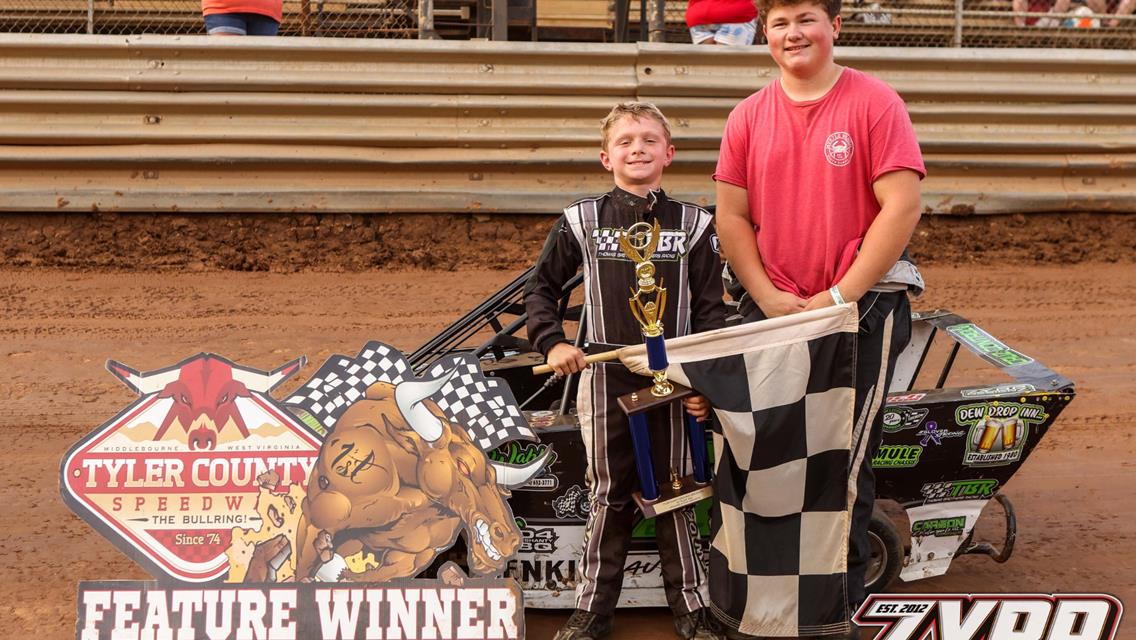 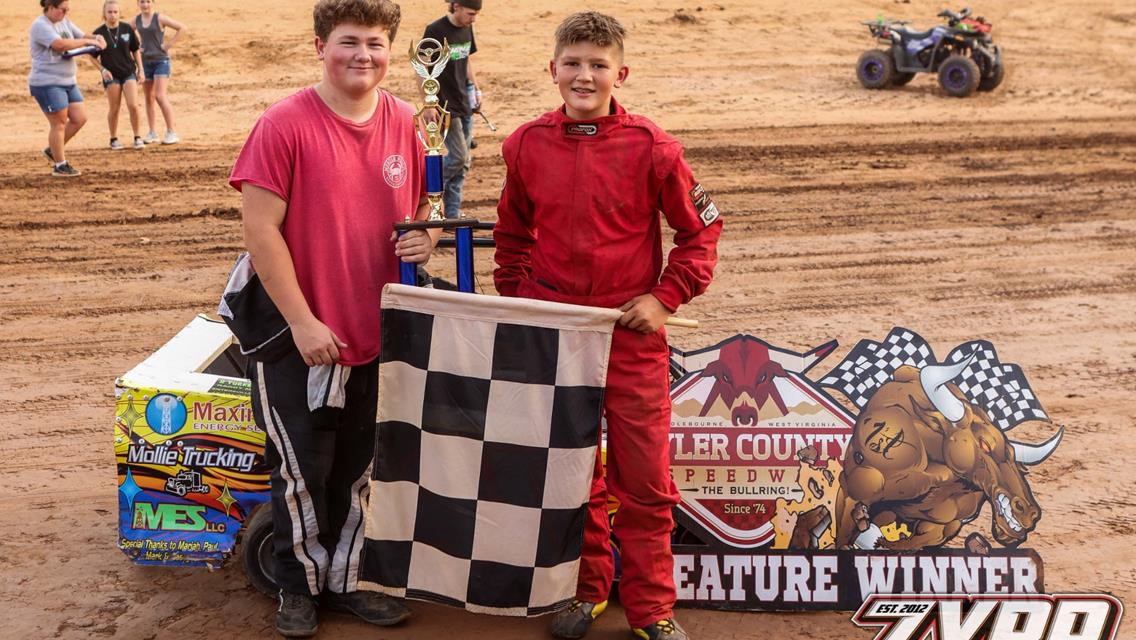