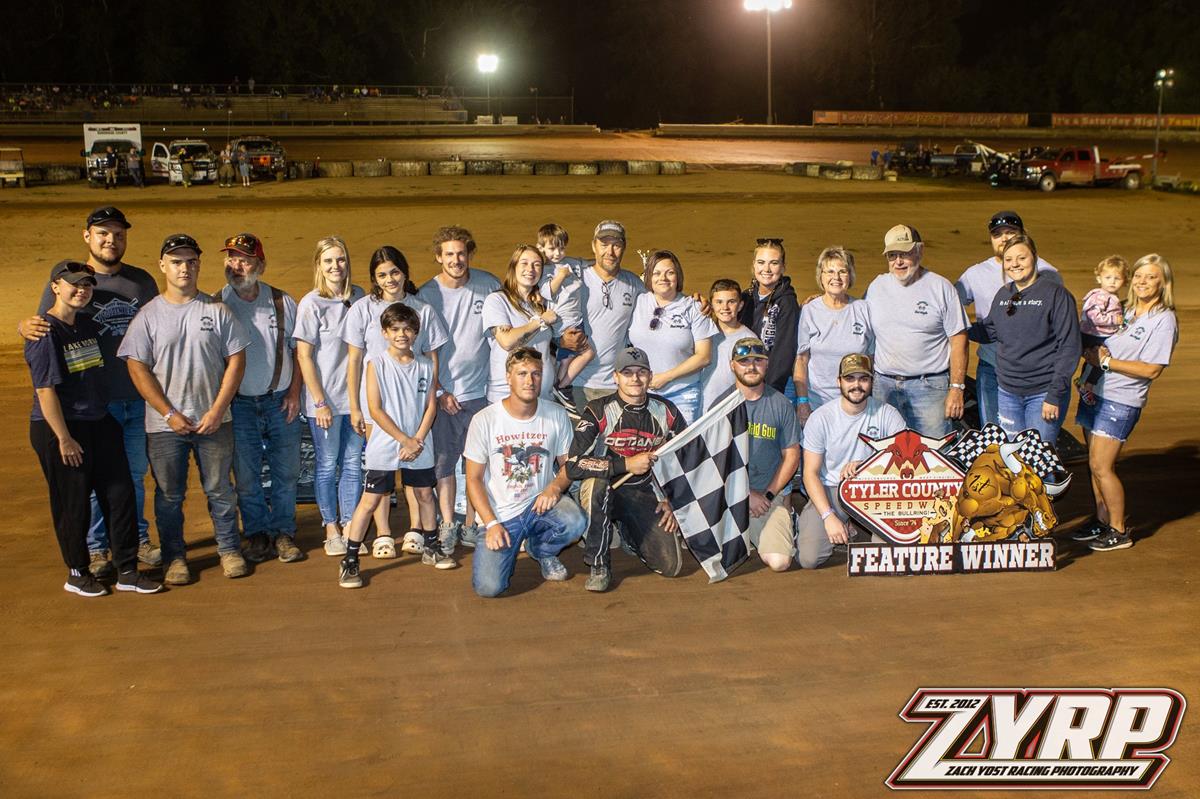 It was a sentimental win in the McClinton Chevrolet Mitsubishi RUSH Late Model feature event as Brandon Weigle would pick up his first win of the season in the very meaningful Bud Weigle Memorial race for the young racer. Weigle would blast off the front row and run a smooth race enroute to parking the D&S Automotive/ DAC Energy/ Weigle Farms/ Body by McCoy/ Octane/ Rocket #11 in memory of Michael Griffin in the West Virginia University of Parkersburg Victory Lane. Finishing behind the popular victor was Hayden Jacobs, Donnie Dotson, Ryan Hare and George Casto.

By .023 at the line was the advantage Cody Brightwell had over current point leader Chad Smith at the finish line to earn his second feature win of the season in the Jenkins Auto Parts UMP Modified division presented by J&R Excavating. One of the closest finishes you’ll see had fans on their feet as Brightwell piloting the 8x Paul Baker owned machine and would lead throughout the event with Smith glued to his bumper. As the race entered its closing phase, Smith would begin to venture to the topside with Brightwell still at the point. As the duo took the white flag, Smith would make his move around the top shelf as the duo drag raced down the backstretch and thru turns three and four. With Brightwell in the middle and Smith on the guardrail the checkered would wave with Brightwell just inches ahead at the line over Smith in a fantastic finish. Following Brightwell and Smith were Danny Thomas, Jeff Fornash and Brandon Patton.

A stout field of 22 Middlebourne Galaxy Food Center Sportmods would take to the track with the ‘Marshal’ Pat Garrett putting the #3 ride in the winners circle for the first time in 2022. The veteran racer of Reno, Ohio would run a flawless race to secure the top spot. Finishing behind Garrett was Cruz Vandall, current point leader Steven Dotson, Tyler Spencer and Zack Carr.

Continuing his dominating season at the ‘Bullring’, Jacob McDaniel would roll to his 8th win of the season in the Dual Threat Sports Cards SCDRA 4 Cylinder feature. Following McDaniel to the pay window was a game Jason Frazier, Mitch Eddy, Timothy Harlan and Ryan Spencer.

The youngsters of the Mini Wedge scene would kick things off in the Bud Weigle Memorial with Owen Sobota picking up his first ever feature win in the Junior division over Kyndi and Bryar Glover. In the Senior class it was point leader Leah Brightwell extending her lead with the checkered flag over Erickson Smith and Jake Casto.

No racing next Saturday Night, August 6th due to the Tyler County Fair, but America’s Baddest Bullring will return to action once again on Saturday, August 13th as we present the ‘Bullring of Honor’ Booster Club Night along with the Hotmod Workin’ Man World Championship. Track events at the Tyler County Fair this week include ATV Drags on Monday, Hotmods and 4 Cylinders on Tuesday, Flat Karts and Mini Wedges on Wed., Demolition Derby on Thursday, Truck and Tractor Pull on Friday and Mud Bog on Saturday. 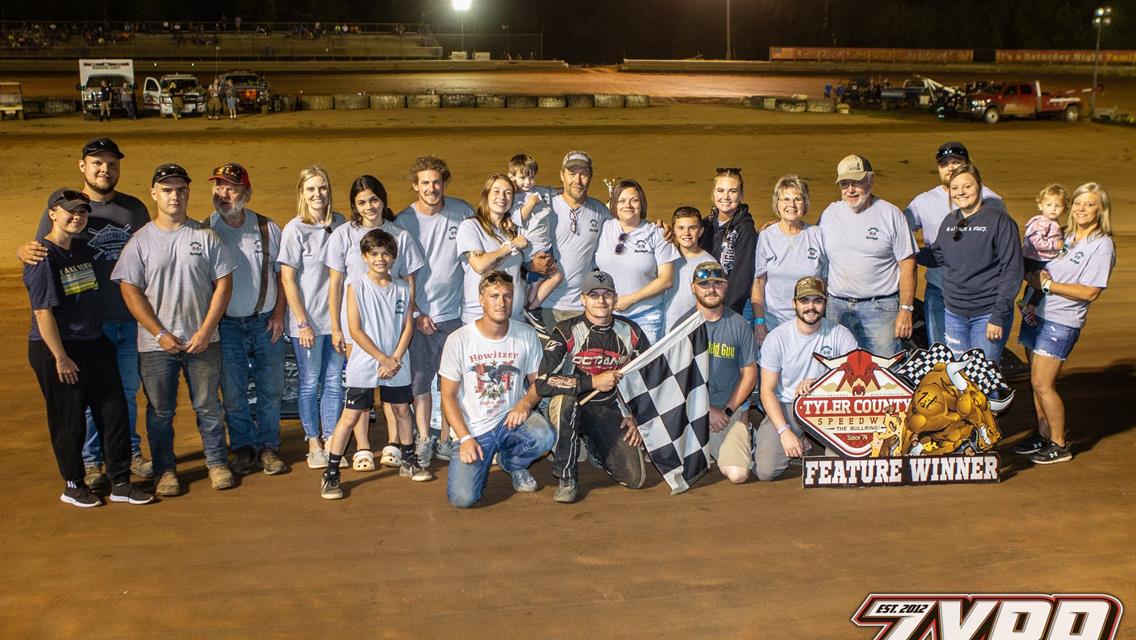 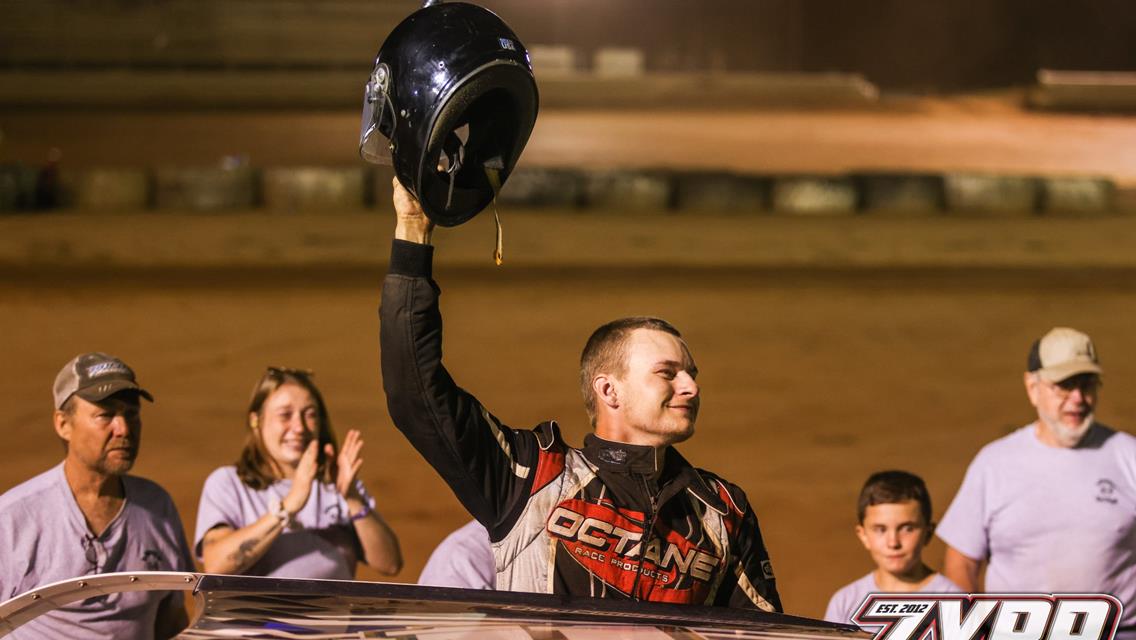 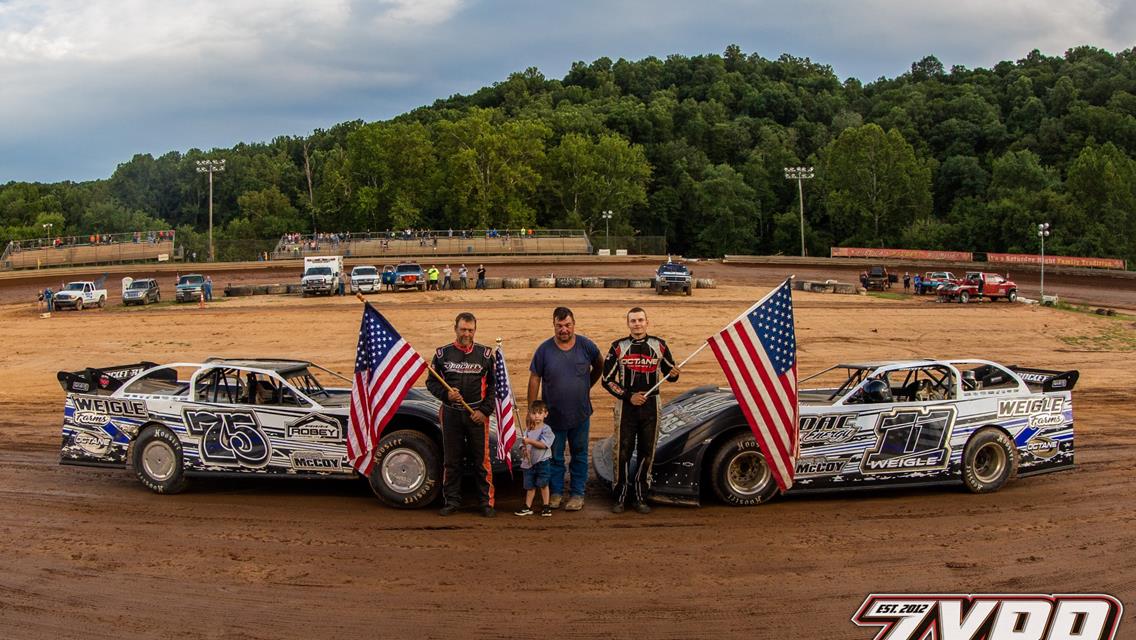 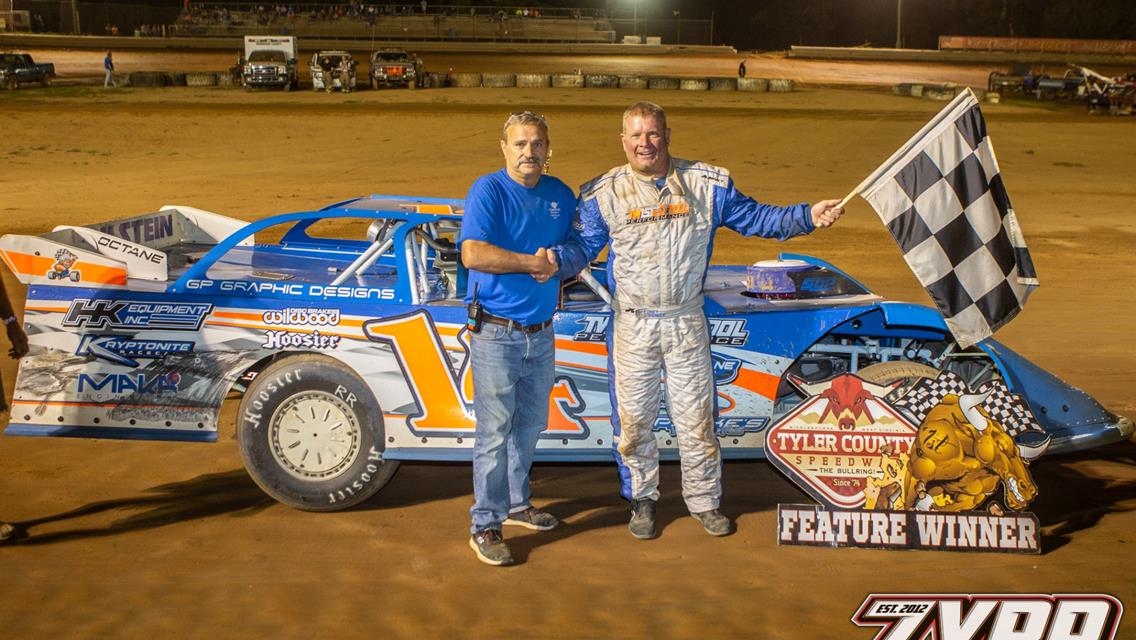 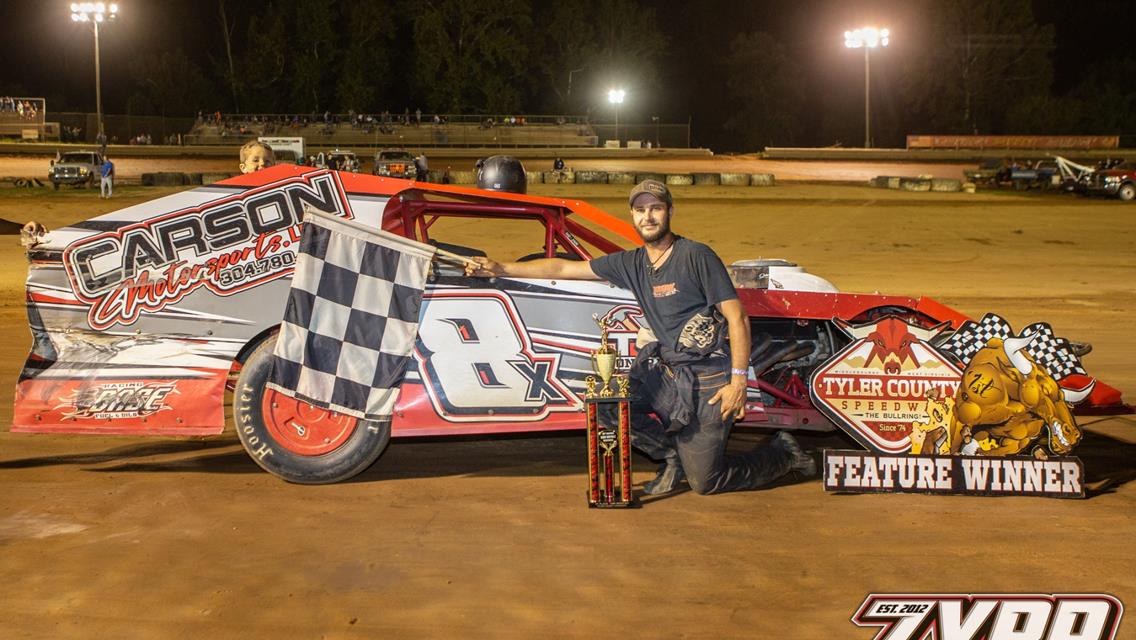 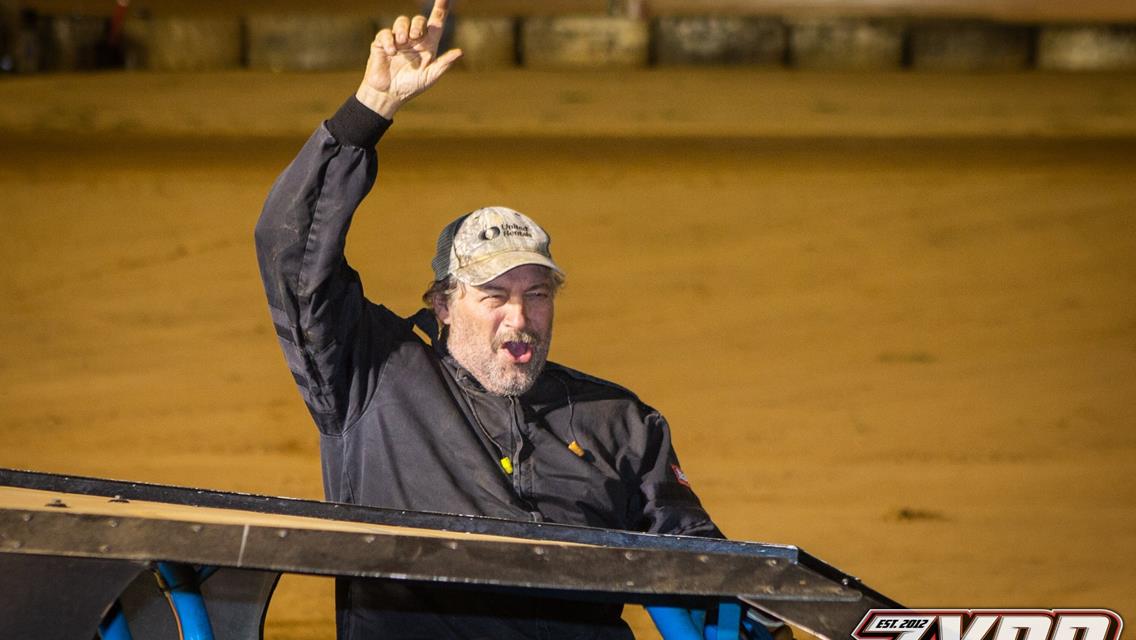 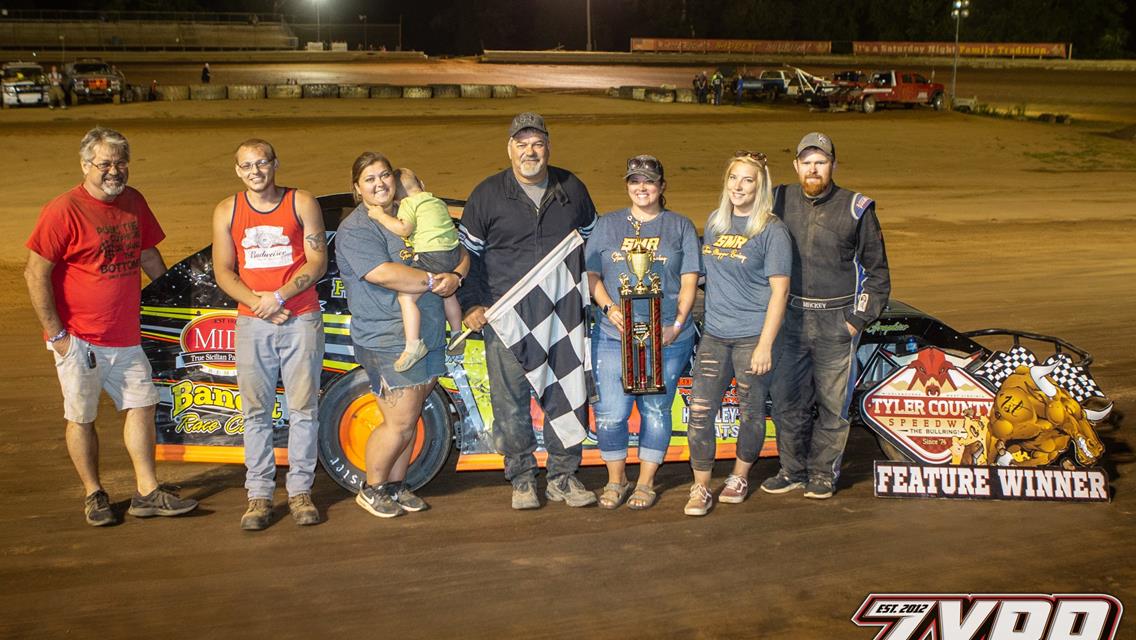 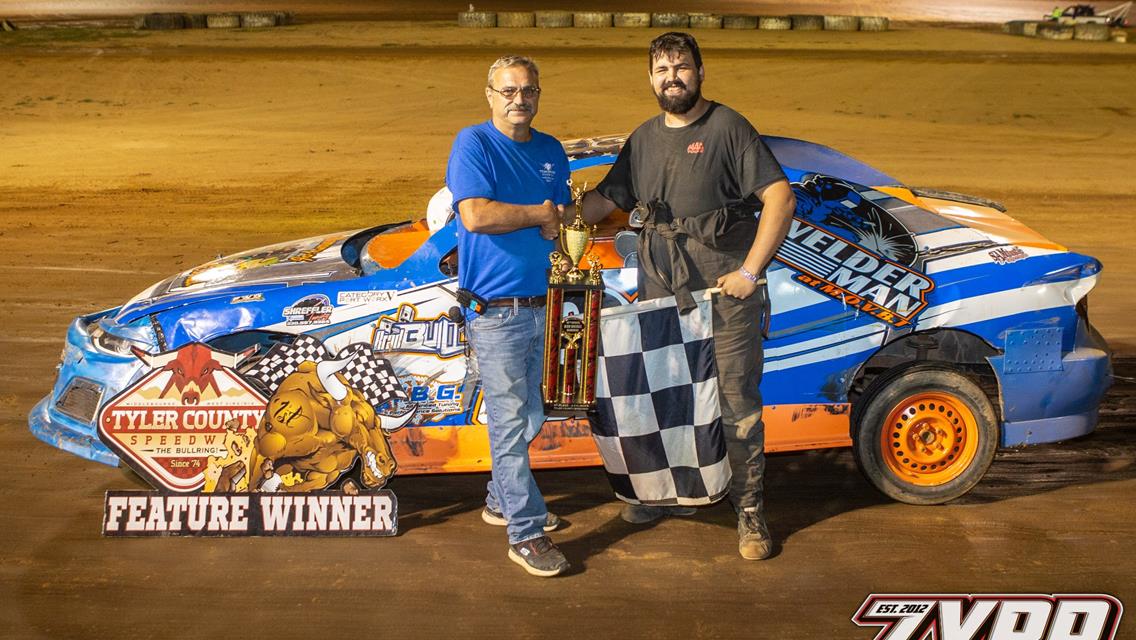 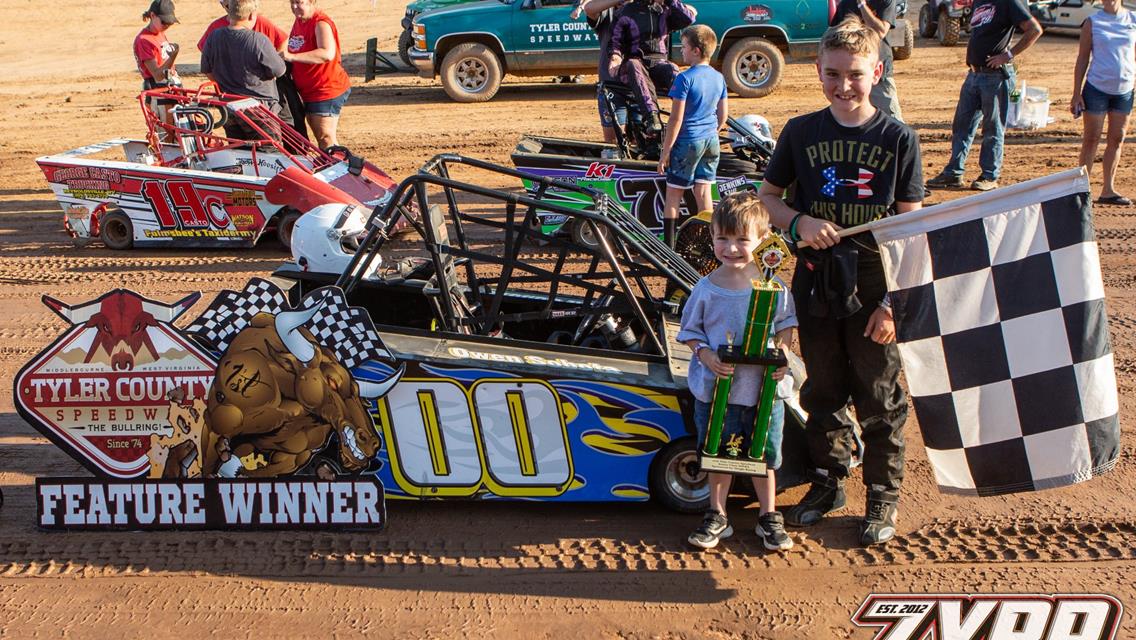 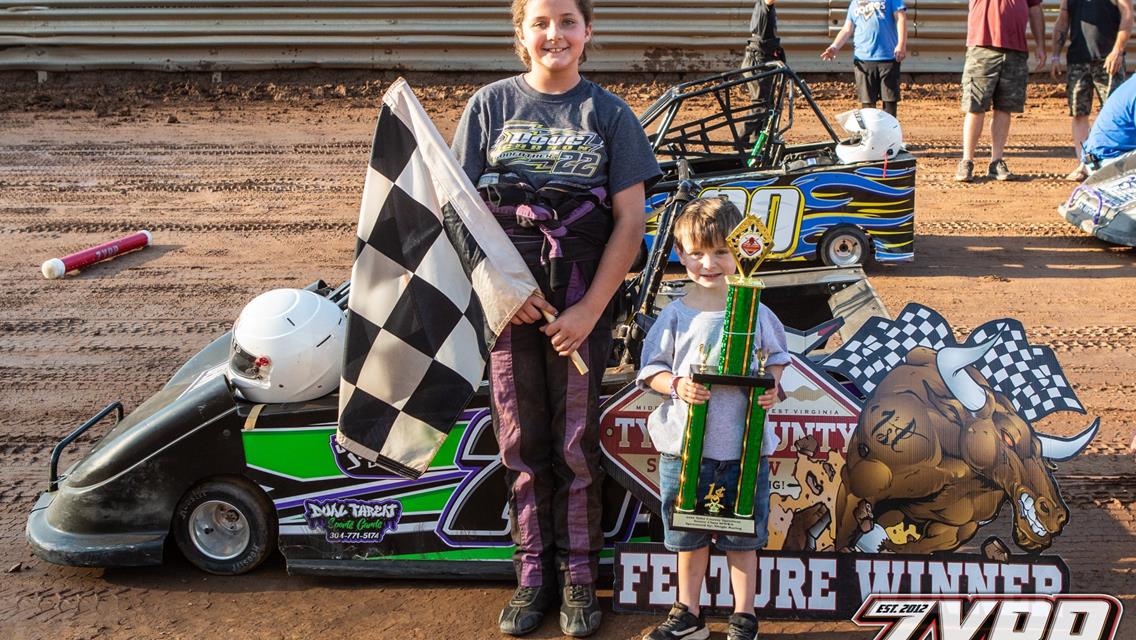