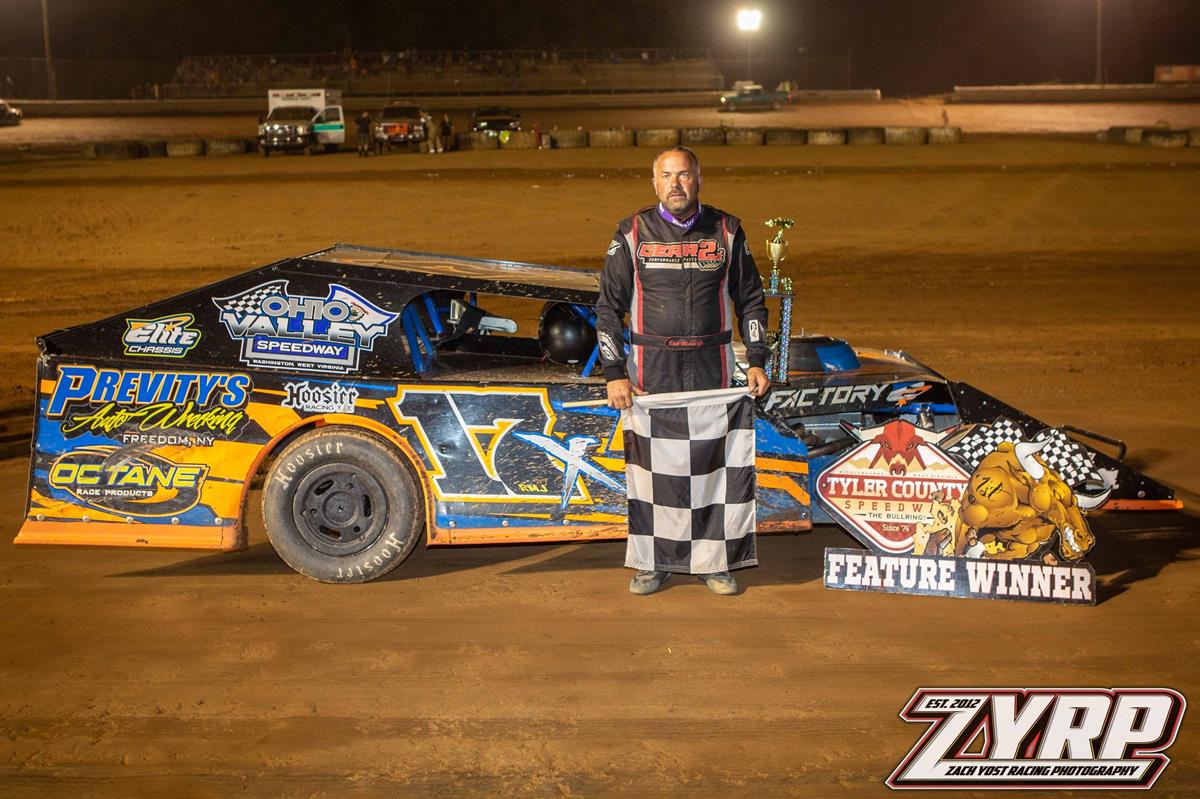 A very stout 30 Jenkins Auto Parts UMP Modifieds presented by J&R Excavating would arrive to take on America’s Baddest Bullring in the 8th running of the MEGA. Drivers from five states would take time trials with KC Burdette laying down quick time and four very competitive heat race victories would belong to Austin Holcombe, Rich Micheal Jr., Chad Smith and Travis Dickson. In the 35 lap main event it would be all Ischua, NY’s Rich Michael Jr. adding his name to the record books and MEGA champion. The talented wheelman would roll around the ‘Bullring’ high and low and through heavy lapped traffic at times aboard the Previty’s Auto Wrecking/ L&R Roll Off/ Octane Race Products/ Ohio Valley Speedway/ Reflections Hair Designs/ Elite Chassis keeping all challengers at bay for the races duration. The driver of the 17x would pick up the coveted win and $3,000 ahead of North Carolina’s Austin Holcombe, KC Burdette, defending MEGA champion Daniel Hill and Chad Smith in the stacked field.

The Stutler Motorsports Super Late Model division would see Chuck Kimble blast off the outside front row starting position navigating the extreme highside of the speedway. Kimble would set a blistering pace but Pennsboro, WV’s Kyle Thomas would be up to the challenge rim riding the ‘Bullring’ glued to the bumper of Kimble’s fast Punisher race car. At the races mid-point Kimble would push just slightly in turn two and brush the wall opening the door for Thomas to make the winning pass down the backstretch. Once at the point Thomas would roll around the topside to collect his first feature win of the season in the Super Late Model division at Tyler, becoming the eight different winner in eight races. A torrid battle for the runner-up spot would ensue during the races second half with Kimble, Brian Baumberger and Derek Doll waging war in the races late stages. Following Thomas across the line was Chuck Kimble, Derek Doll, Brian Baumberger and Cody Rogers rounding out the top five.

The Sigler Fabrication EDGE Hotmods would roll off twenty cars strong and a caution marred event would plague those at the front. Sistersville, WV’s Zack Robinson also known as ‘Rooster Nation’ would find himself at the point with a host of eager racers chomping at his heels. Robinson would run a smooth race and remain unphased at the point enroute to collecting his first ever feature win. Following Robinson across the line was current point leader Brian Probst, Steve Magyar, Santino Loretta and Tom Sigler.

In the Middlebourne Galaxy Food Center Sportmod main event it was West Union, WV’s Steven Dotson garnering his fourth feature win of the season. It would not come easy for the current point leader as Dotson would need a flawless run to hold off pesky challenger Pat Garrett for the races duration. Garrett would hound Dotson high and low looking for an opening but the calm, cool and collected Dotson would lead to the pay window over Garrett, last week’s winner Sonny Leek, newcomer Brandon Lewis and Andy Taylor.

Kicking off the night was the 2nd Annual PJ ‘Buckwheat’ Wright Memorial for the Mini Wedges. In the Junior feature it was Kyndi Glover capturing her second feature win of the season ahead of Colten Grimes and Bryar Glover. The Senior division would see Erickson Smith notch his third trip to victory lane ahead of Leah Brightwell and Peyton Baker. 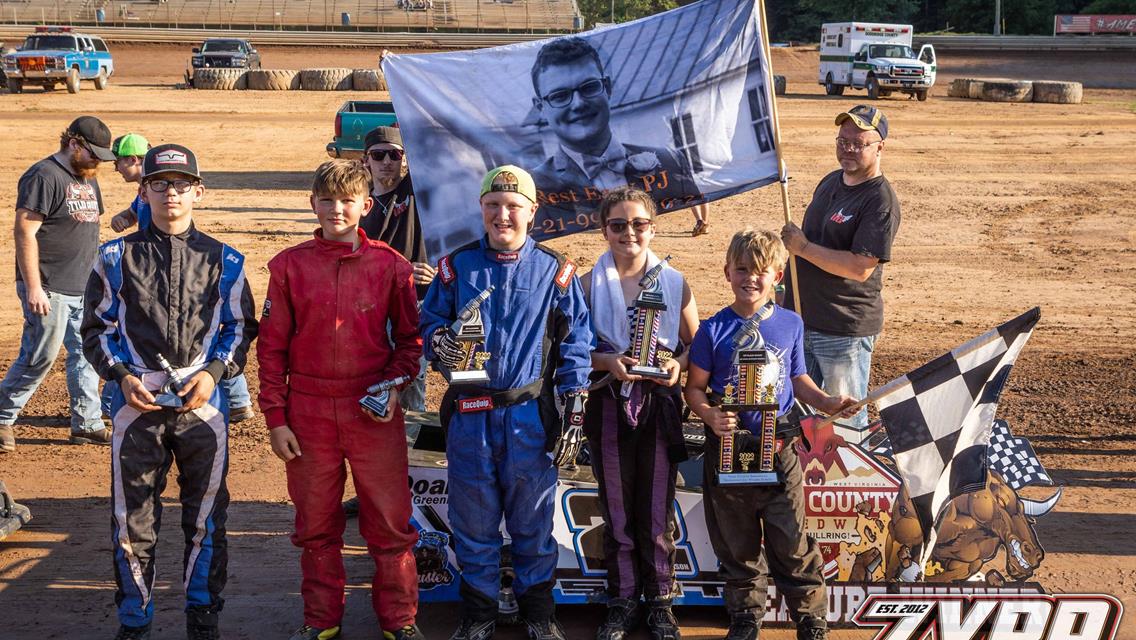