Another big crowd would beat the heat and enjoy a family fun night of excitement at America’s Baddest Bullring. From Monster Trucks to Demo Derby to Racing Action, Saturday Night’s show had a little something for everyone. While the Monster Truck Racing League would excite the kids big and little with high flying freestyle it was Brian Probst, Sonny Leek, Jacob McDaniel, Cruz Thomas, Erickson Smith, Kris Lute and David Fulton taking West Virginia University of Parkersburg checkered flags.

It was current point leader Brian Probst grabbing his 5th win of the season in the Sigler Fabrication EDGE Hotmod division. The driver of the Dudley Racing sharp looking #33 machine would hold off Tom Sigler, Jeff Gorrell, Daniel Muldrew and Danny Thomas in the very competitive division.

It was the ‘Alma Outlaw’ Sonny Leek picking up his first ever feature win in the Middlebourne Galaxy Food Center Sportmod feature. The young gun and pilot of the 8up machine would turn back Steven Dotson, Pat Garrett, Wayne Francis and Tyler Spencer to secure the popular win.

Kris Lute and David Fulton would crash and bash their way to a first place trophy in the Kings of Karnage Demolition Derby action.

Join us next Sunday Night, July 3rd for the UMP Modified MEGA paying $3,000 to win as the best open wheel racers converge on the high banks of the ‘Bullring’. Plus regular racing in all other classes along with the 2nd Annual Buckwheat Memorial for the Mini Wedge division. Enjoy a Fourth of July weekend at America’s Baddest Bullring next Sunday Night! 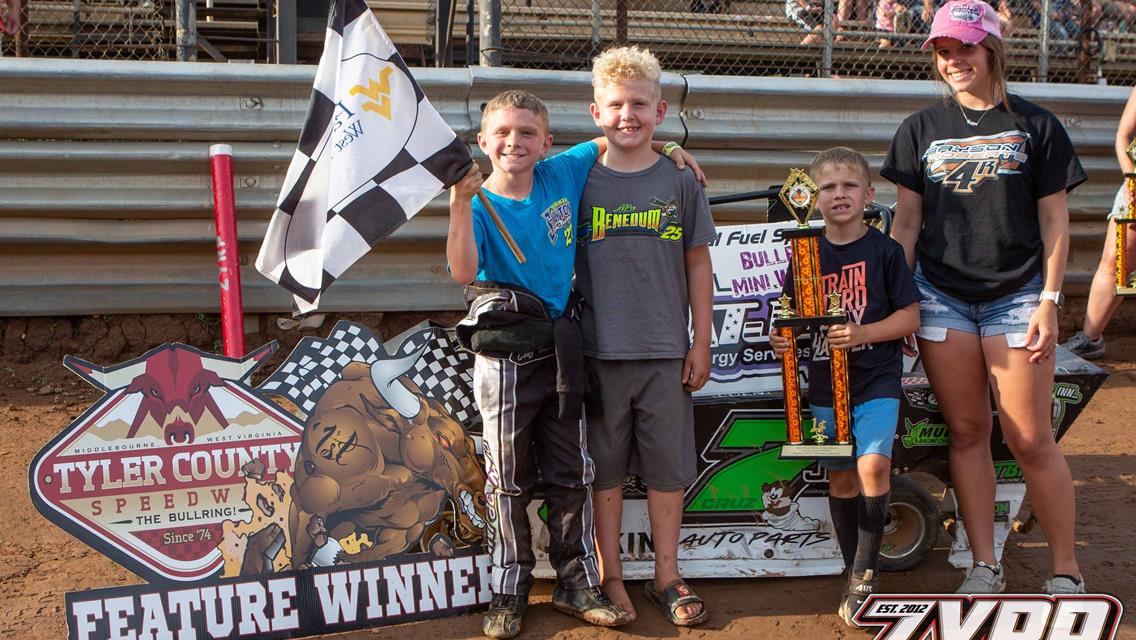