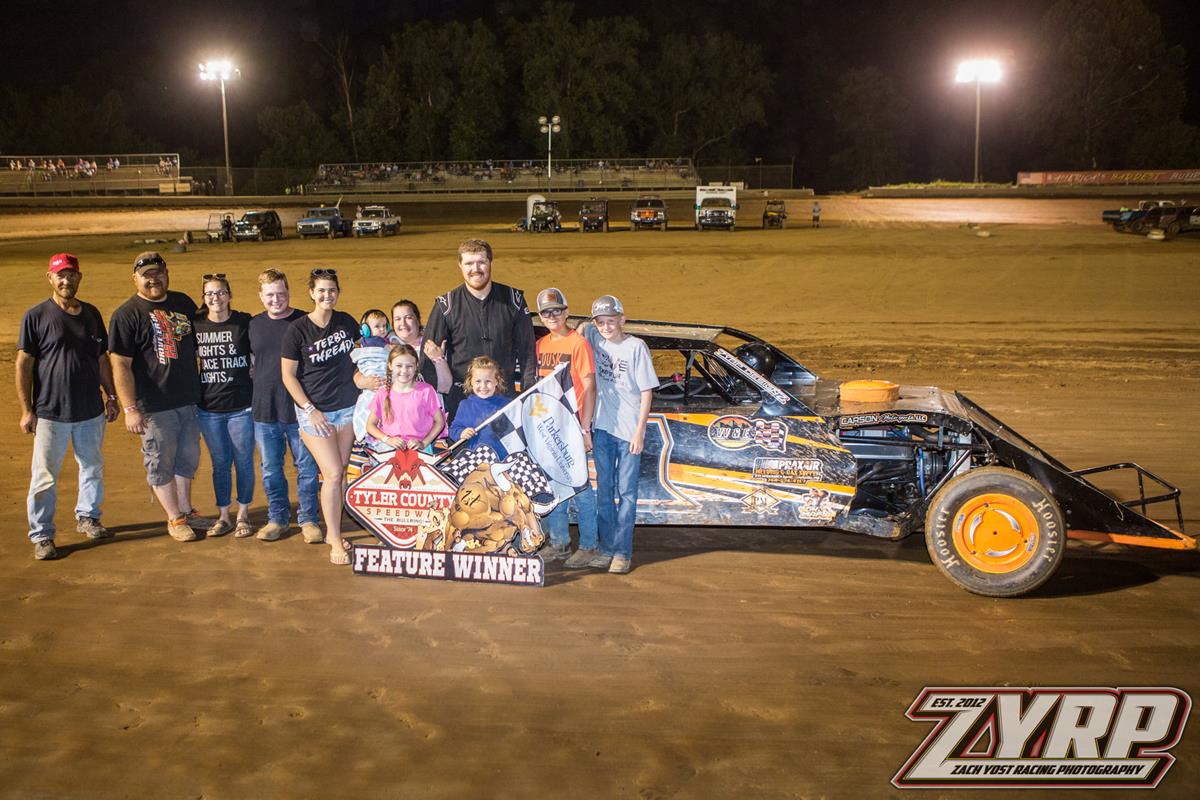 A picture perfect night for racing action at the Tyler County Speedway would greet fans and racers for the running of the Middlebourne Galaxy Food Center Sportmod OVS/Bullring Battle Royale. With over 100 racers pitside the competition would be fierce and picking up feature wins would include Lance Weppler, Shawn Jett, Daniel Hill, Donnie Dotson, Logan Reed, Timothy Harlan Jr., Leah Brightwell and Jake Casto.

A vintage ‘Bullring’ battle would kick start the J&R Excavating Super Late Model main event with Steve Weigle ripping the lip of the speedway and Shawn Jett working the lowside in a great side by side battle. The pair would fight tooth and nail in a back and forth battle but as the duo continued their side by side silhouette into lapped traffic Weigle would push coming off turn two and making contact with the guardrail ending his great run. Now at the point, Jett would have to hold off a steady Brian Baumberger to head to the pay window to pick up his fourth win of the season. Following Jett and Baumberger across the stripe was Travis Brown, Tyler Riggs and Tyler Stutler.

After a few weeks absence Daniel Hill of Morgantown, WV would return with a vengeance in the Jenkins Auto Parts UMP Modified division to collect his first feature win of the season. The driver of the #8 machine would put the competition in his rear-view mirror but a myriad of contenders were in a dogfight for the runner-up position. Stellar racing behind the leader as drivers jockeyed high and low all over the table-top smooth ‘Bullring’ surface. At the checkers it would be Hill besting Brian Clegg, Doug Carson, Chad Smith and Cody Brightwell.

Timothy Harlan Jr. would pick up his first win of the season in the Bullring Bomber main event followed by Jake Tidd, Tim Coberly, Joey Price and Jason Frazier.

In the kids Mini Wedge racing it was Leah Brightwell continuing her hot streak as the driver of the 79 machine would pick up her 5th win in a row in the Phillips Drug MWRA Junior division. Brightwell would best Josh Baldwin and Cruz Thomas for the win. In the Senior division it was Jake Casto picking up the win ahead of Carson Thomas and Natalie Hibbard.

Be sure to join us next Saturday Night, July 17th as the Tyler County Speedway will play host to one of its biggest races of the season, the 33rd Annual Earl Hill Memorial. Honoring one of the greats, the ‘Bullring’ will be the place to be as we offer up a $5,000 to win Super Late Model main event and welcome the Iron Man Late Model Tour to the ‘Bullring’ for the first time. Always a great race in memory of the speedway’s best. 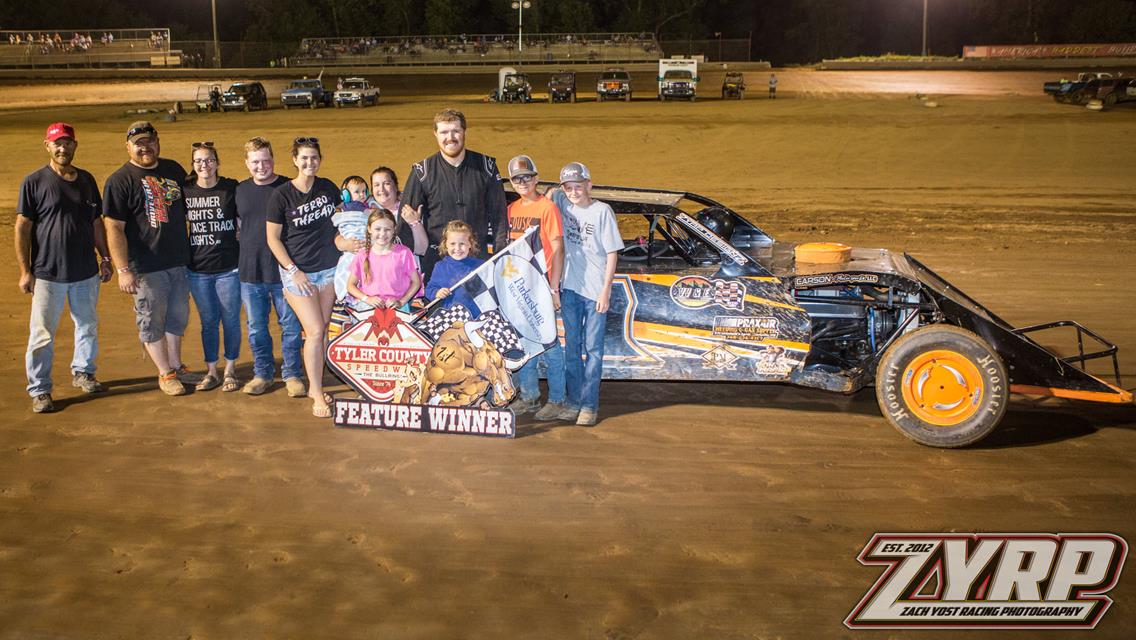 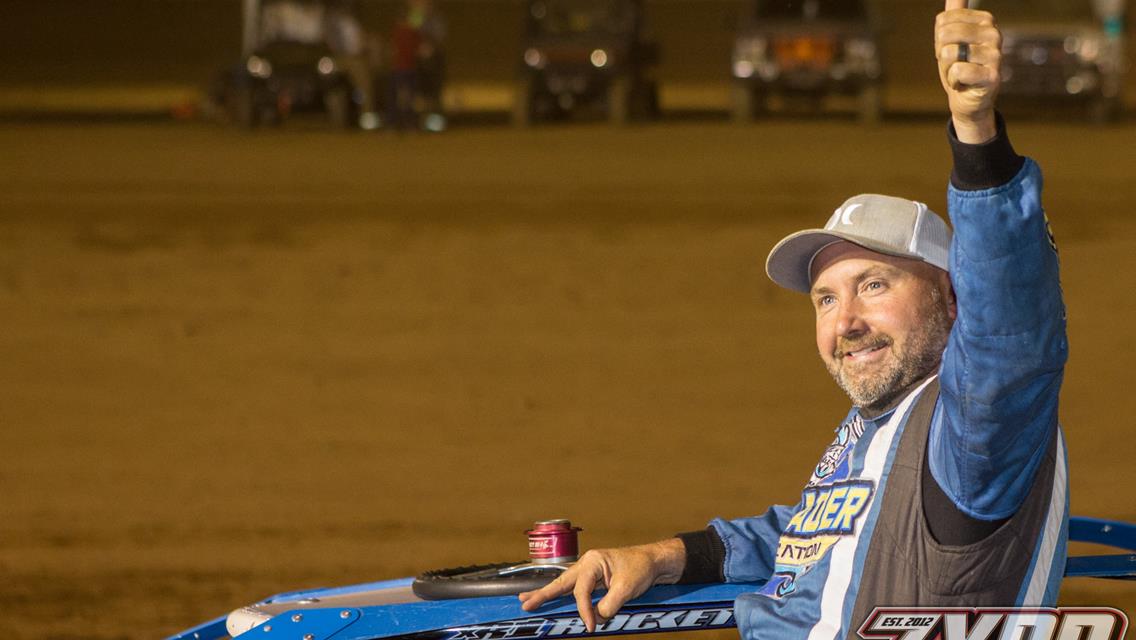 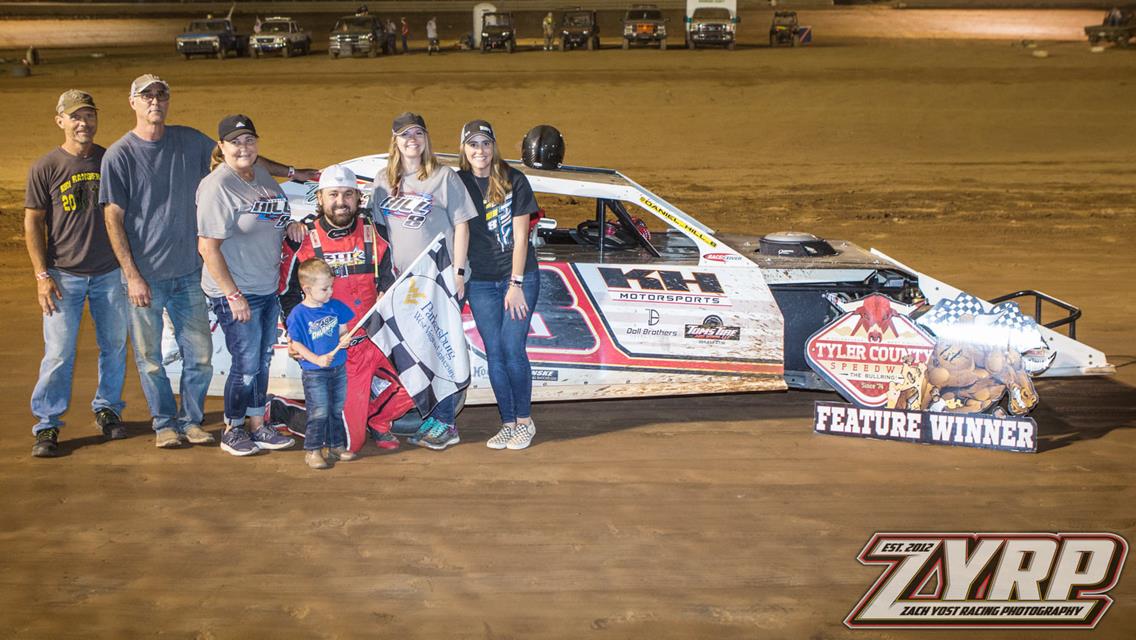 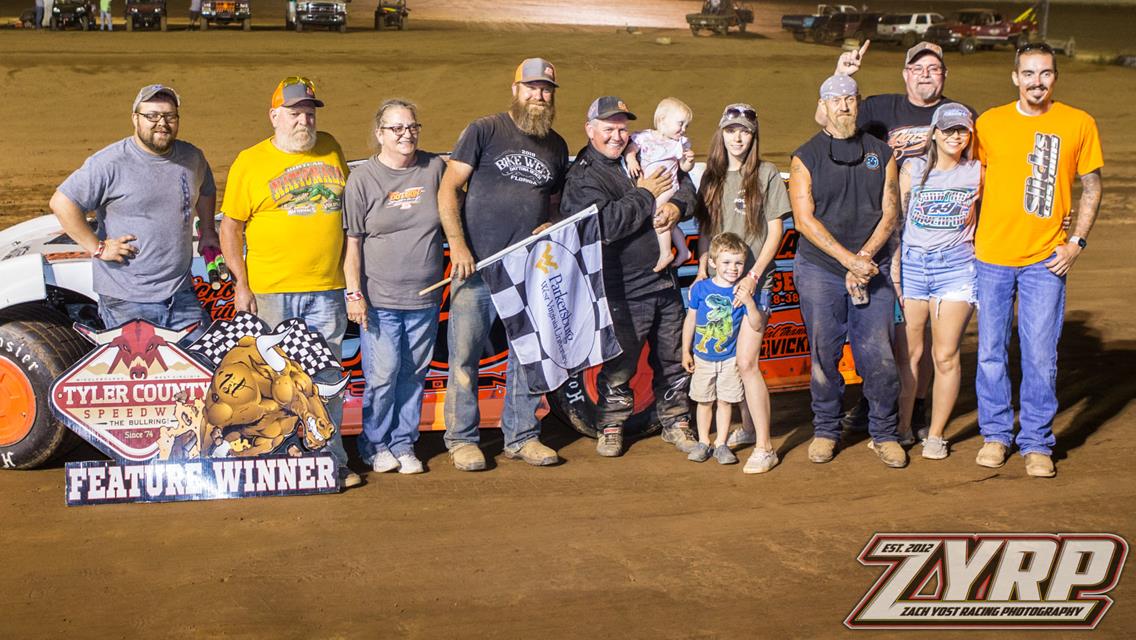 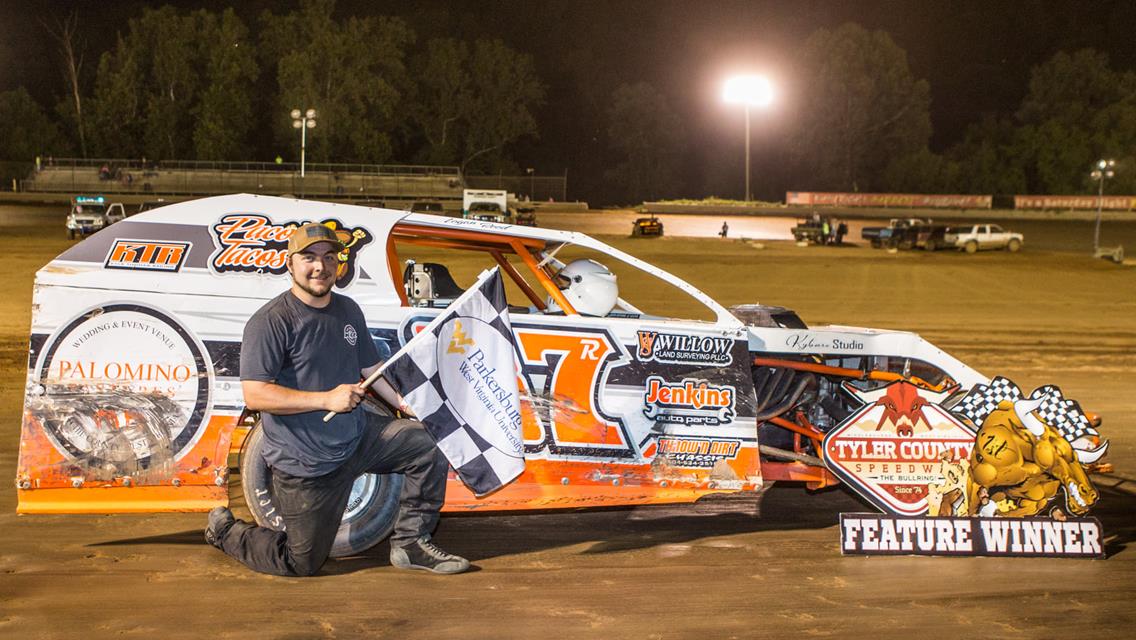 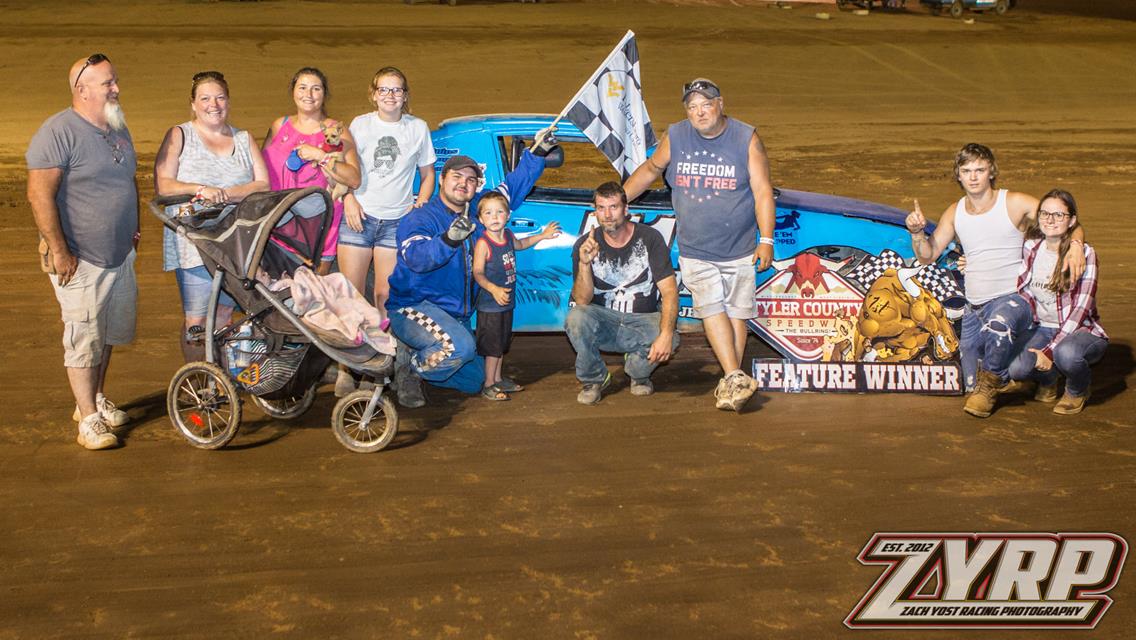 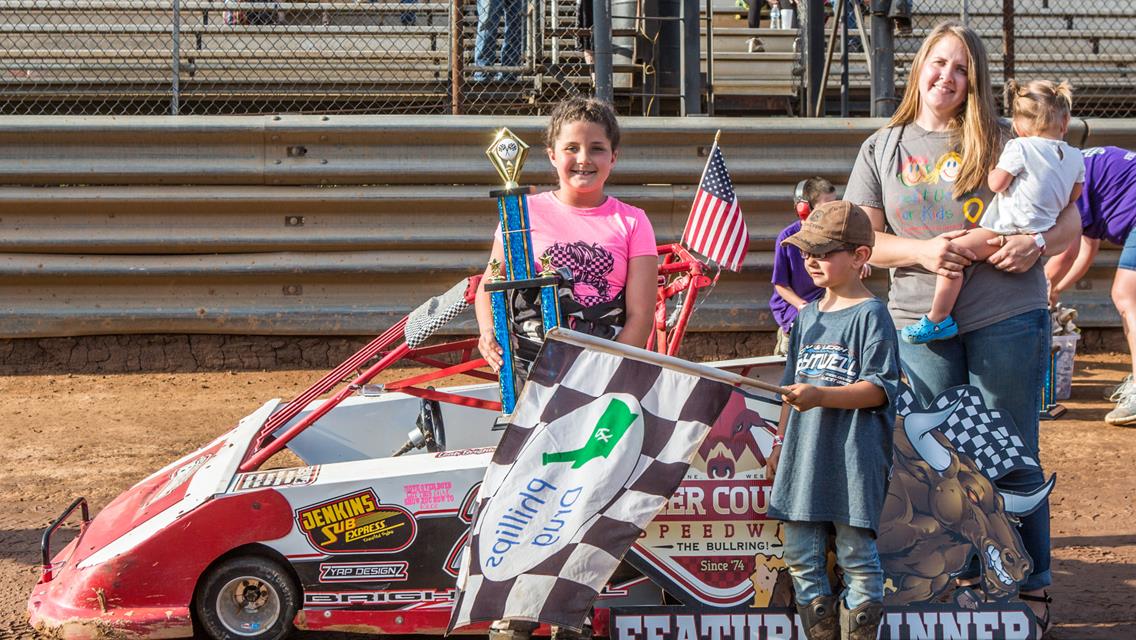 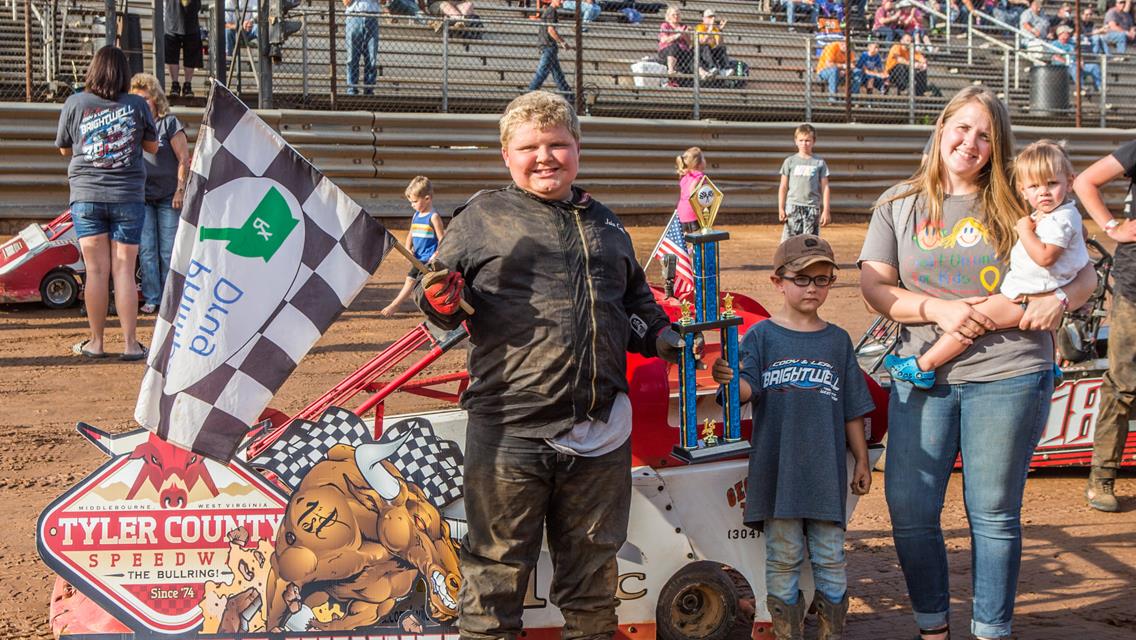