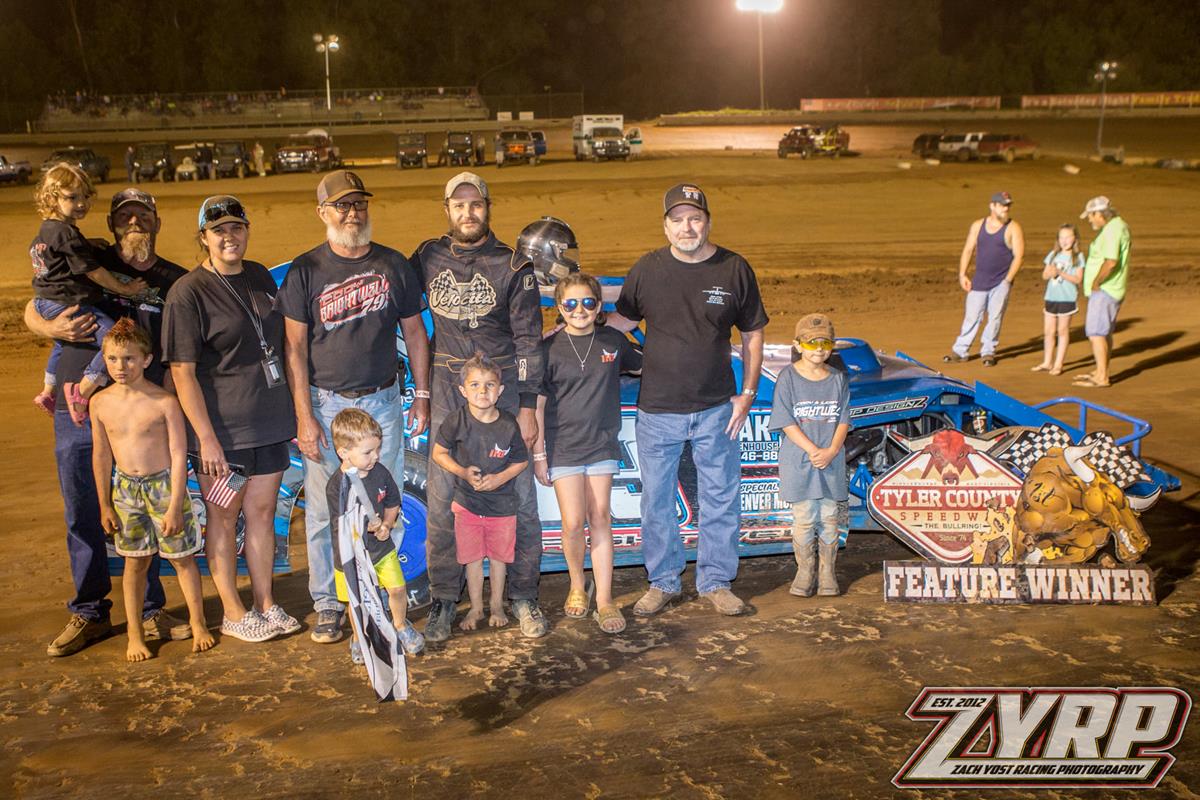 America's Baddest Bullring Celebrates the 4th of July with Patriot 200

(Middlebourne, WV) The Tyler County Speedway would open the gates and invite fans out to celebrate our Independence with our Annual Patriot 200 event featuring a Salute to the Troops. A packed pit area would see America’s Baddest Bullring welcome all weekly divisions along with the return of the Street Stocks, the Inaugural running of the ‘Buckwheat Memorial’ in memory of PJ Wright for the Mini Wedges and the ‘MERICA 100 Enduro Race would cap off the evening. Another classic moment by the best fans and racers in America as a special tribute to honor the life of the late ‘Buckwheat’ PJ Wright would see a pit full of racers pour onto the speedway and along with an appreciative crowd would see PJ get one last ride around the ‘Bullring’. Followed by a stirring opening ceremony by the American Legion Middlebourne Post 48 in honoring our Veterans that would set the tone to a fantastic night of short track entertainment at America’s Baddest Bullring.

In the J&R Excavating Super Late Model main event presented by Midcap Land and Timber it was all Shawn Jett aboard the 11J picking up his 3rd feature event of the season ahead of Tyler Stutler, current point leader Steve Weigle, newcomer Josh Tonkin and Travis Brown.

A great two-man race in the Appalachian Mineral Title Company FASTRAK Late Model division would see Brandon Weigle and Hayden Jacobs put on a show. The talented young duo would race side by side for the better part of the feature event with Weigle on the topside and Jacobs working the lowside. The driver of the Weigle Farms entry would eventually wrestle the lead away for good and pull into the West Virginia University of Parkersburg Victory Lane for the first time in 2021. Following Weigle to the pay window was Jacobs, Luke Hyre, Donnie Dotson and Jarrett Spencer.

A stacked field of 21 UMP Modifieds would hit the track in the Jenkins Auto Parts UMP Modified division with defending track champion Cody Brightwell hitting the cruise button on his way to his 2nd feature win of the season. A tremendous battle behind the leader would see a hornets nest of action with 7th starting Kyle Thomas utilizing the ‘Bullring’s extreme high side to march up to the runner-up spot in a fine run for the Pennsboro racer. Following Brightwell and Thomas across the line was Chad Smith, Paul Baker and Doug Carson.

A great field of Sigler Fabrication EDGE Hotmods presented by Poske Performance Parts would see the bulging division split up into two features. In Feature #1 it was Paden City, WV’s Brian Probst holding off a hard charging Jeff Gorrell to secure his first win of the season. Behind Probst and Gorrell was James Magyar in his first appearance, Tom Sigler and Lou Ennis rounding out the top five.

In Feature #2 it was Pennsboro, WV’s Logan Reed notching his first win of the 2021 season ahead of Steve Magyar, Tyler Spencer, Josh Sigler and BJ Dennis.

A full field of Middlebourne Galaxy Sportmods would roll off with Marietta, Ohio’s Lance Weppler grabbing his 3rd win of the season. Weppler would lead Rex Frohnapfel, Pat Garrett, Mitch Ward and Wylie Ford to the pay window.

Another eventful Bullring Bomber feature would see Sutton, WV’s Brett Weekley pick up his first win of the season ahead of Joey Price, Patrick Willbarger, Anthony Hamner and Jake Tidd.

The Youth League of Auto Racing, the Phillips Drug MWRA Mini Wedges would kick off the program with the Inaugural Buckwheat Memorial in honor of PJ Wright. A great show by the youngsters would see Leah Brightwell besting Arianna Henthorn and Cruz Thomas to collect her 4th feature win in a row in the Junior Division. In the Senior class it was Carson Thomas finishing ahead of Wyatt Demoss and Keith Powell.

The Tyler County Speedway would welcome the Street Stock class to the ‘Bullring’ for the annual running of the Patriot 200 and it was Morgantown, WV’s Jason Ammons parking his ride in the West Virginia University of Parkersburg Victory Lane for his first ever victory at the ‘Bullring’. Finishing behind Ammons was Johnny Powell, Mike Martin, Jeff Lanham and Rob Pugh.

An action packed ‘MERICA 100 Enduro race would see Jason Glover outlast the thirty plus entrants to claim the checkered ahead of Jamie America, Tim Spencer, Jeff Swiger and Jordan Rhodes.

Be sure to join us next Saturday Night, July 10th as the Tyler County Speedway will play host to the Middlebourne Galaxy Sportmod OVS/Bullring Battle Royale paying $2,500 to win along with racing action in all other classes plus the Kids Club Nickel Dash. 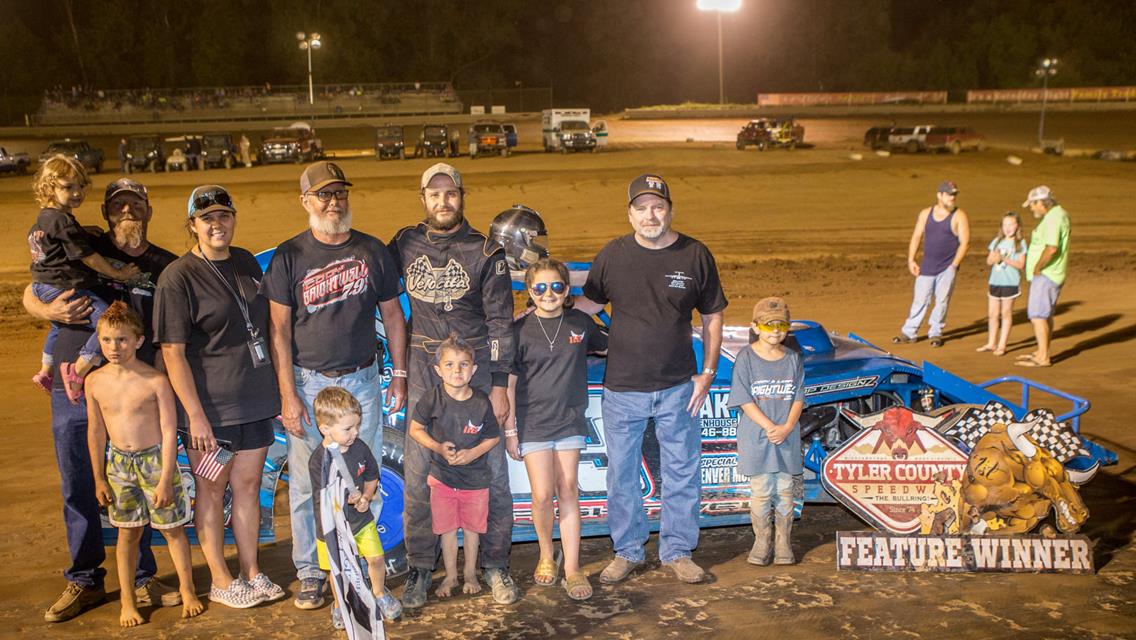 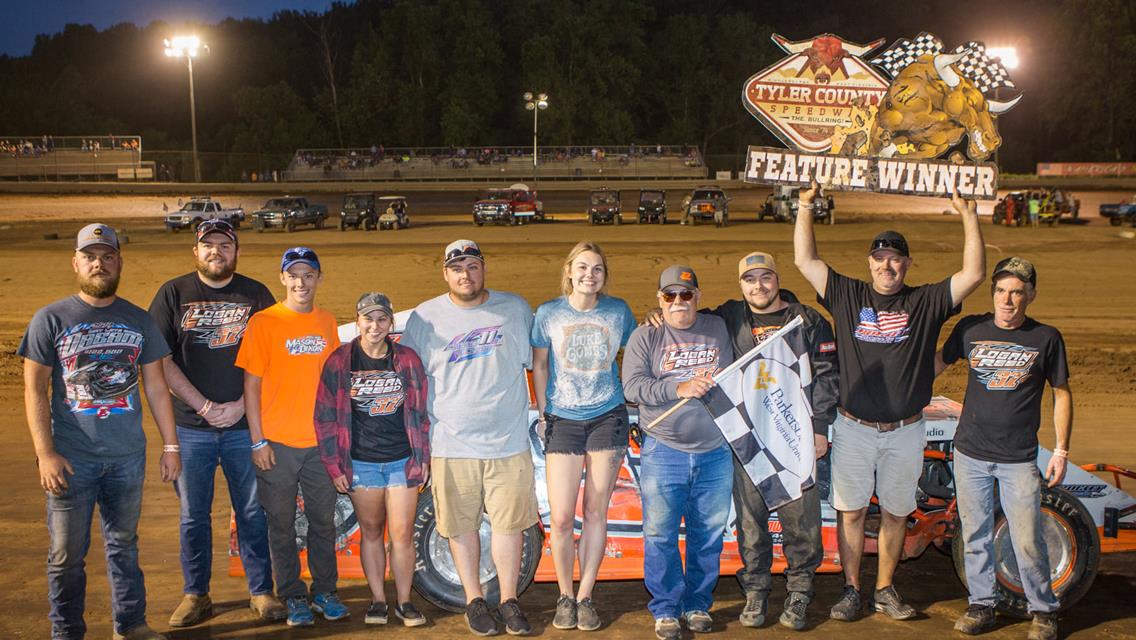 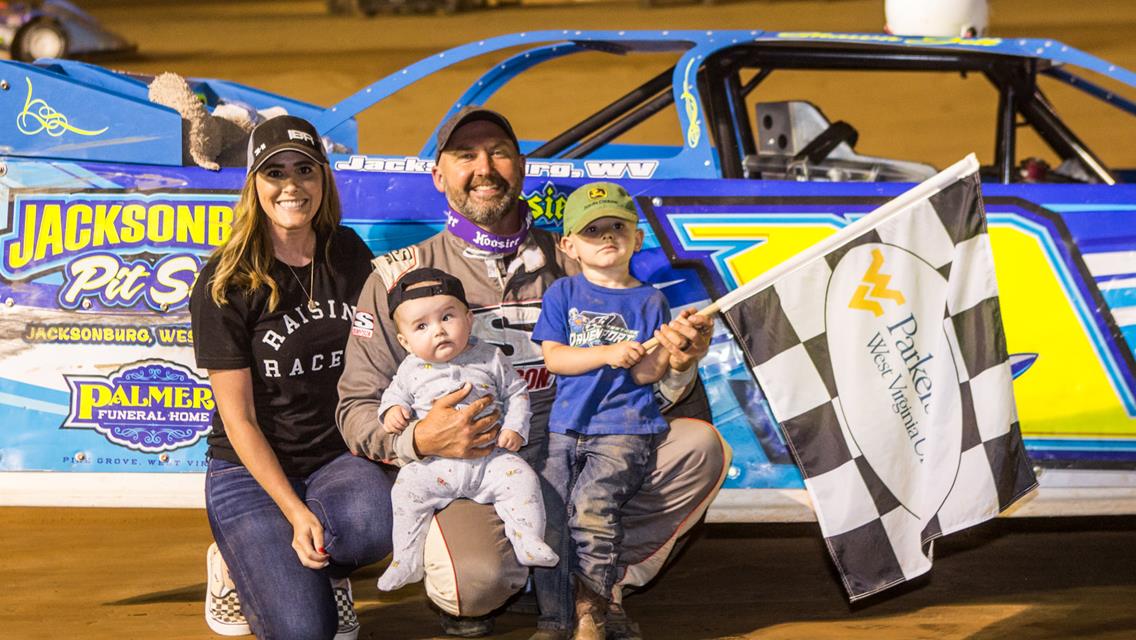 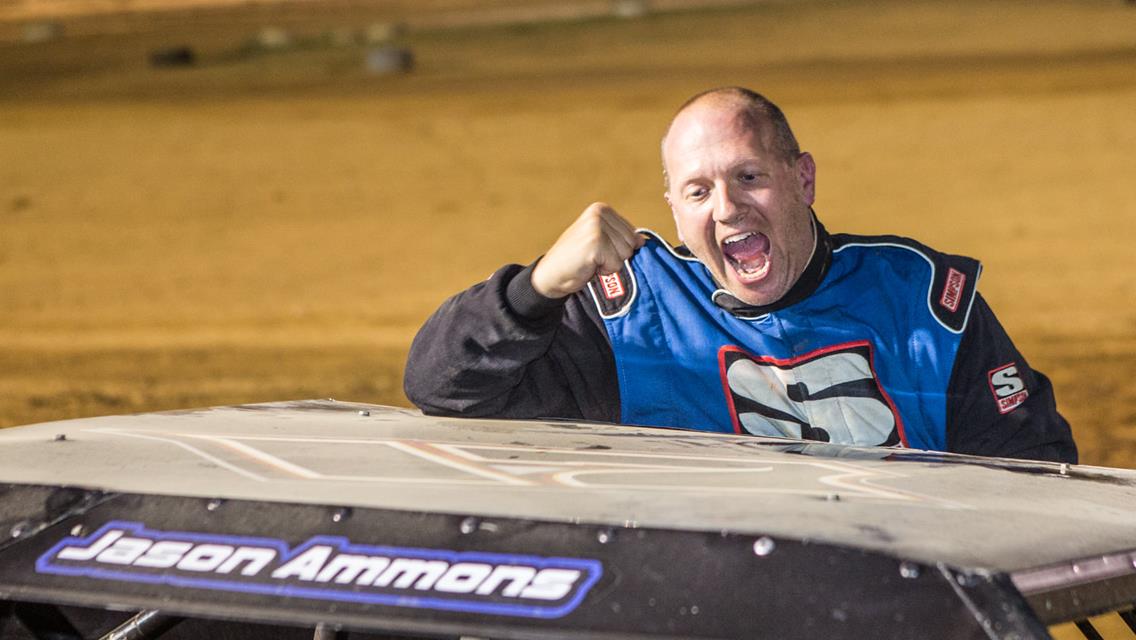 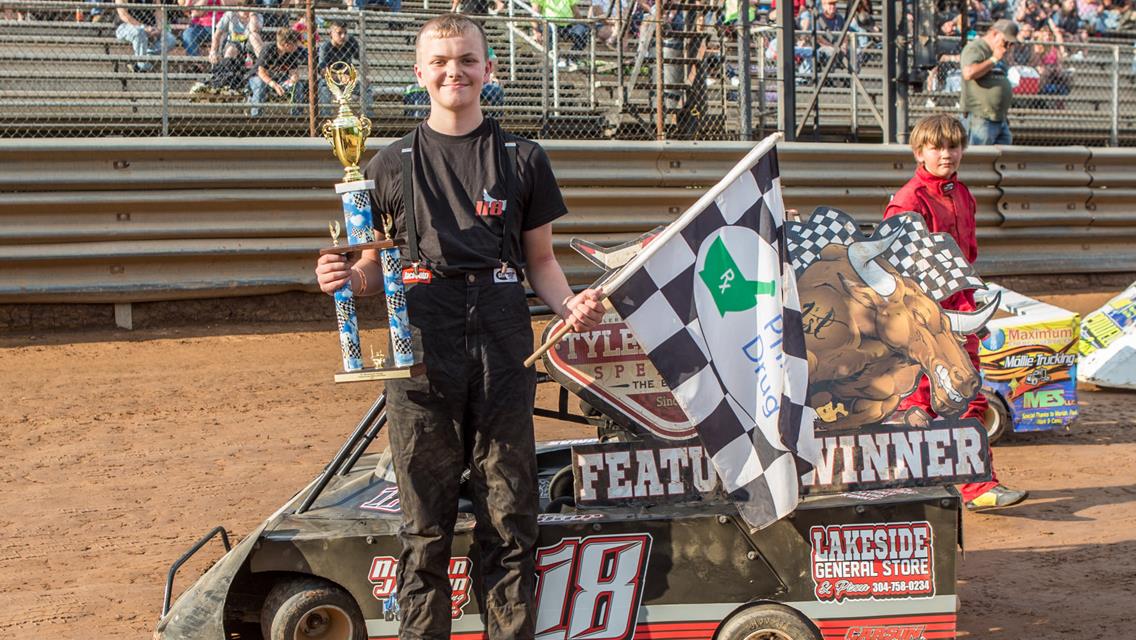 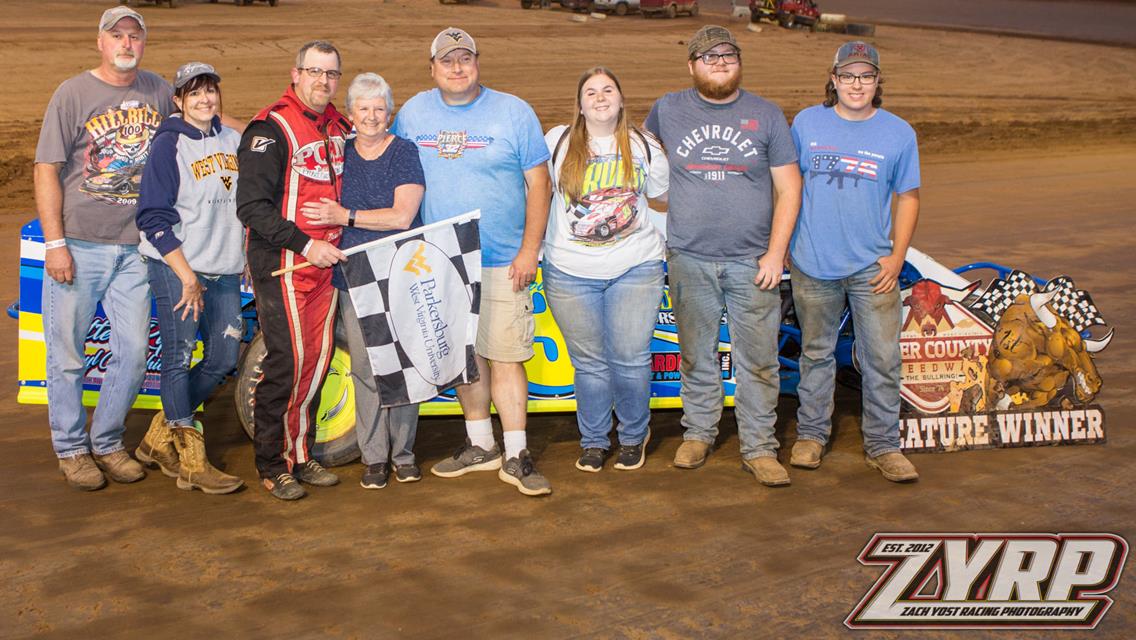 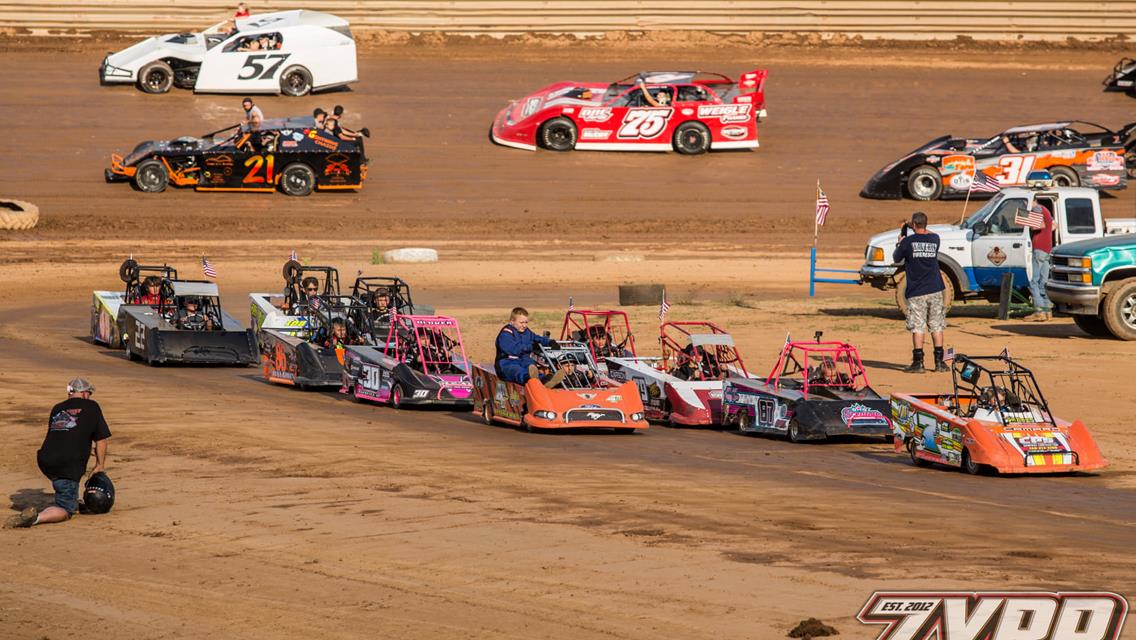 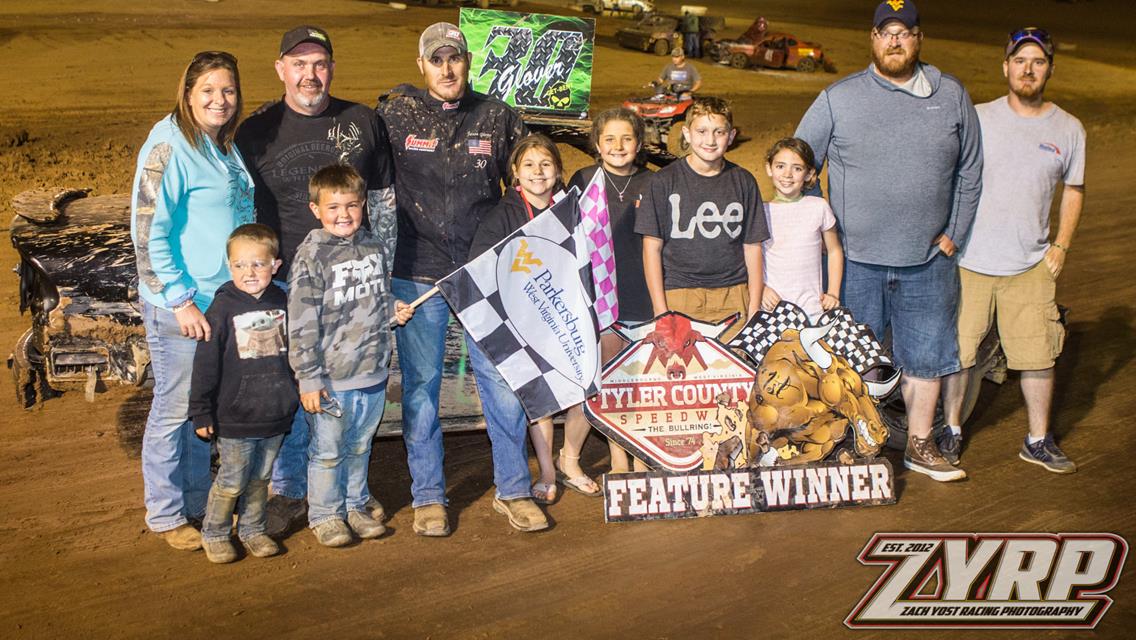 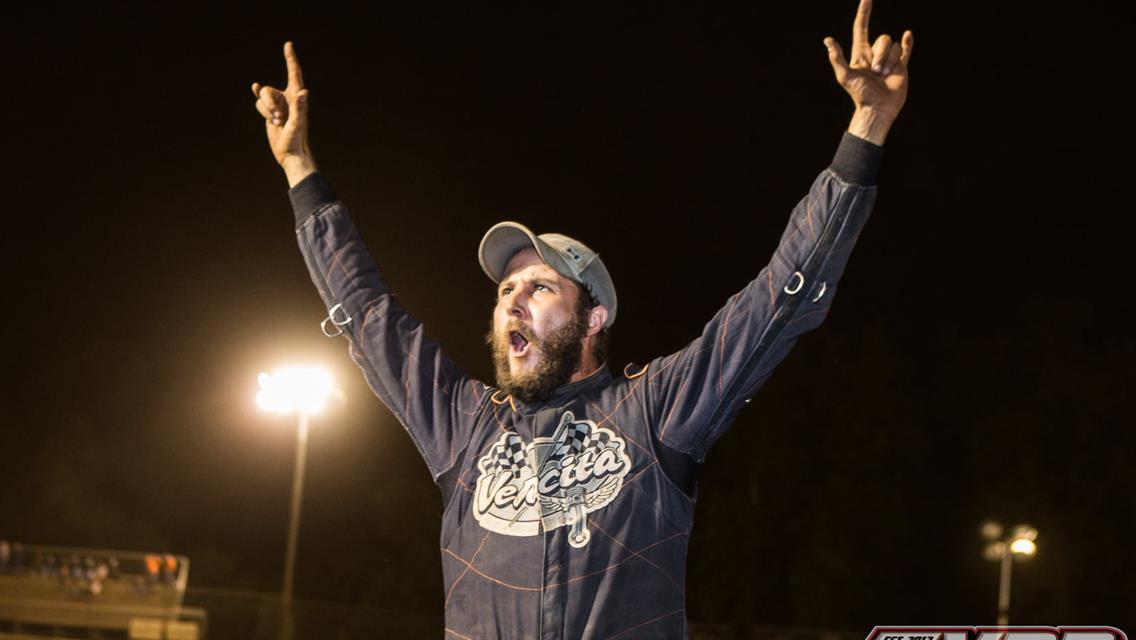 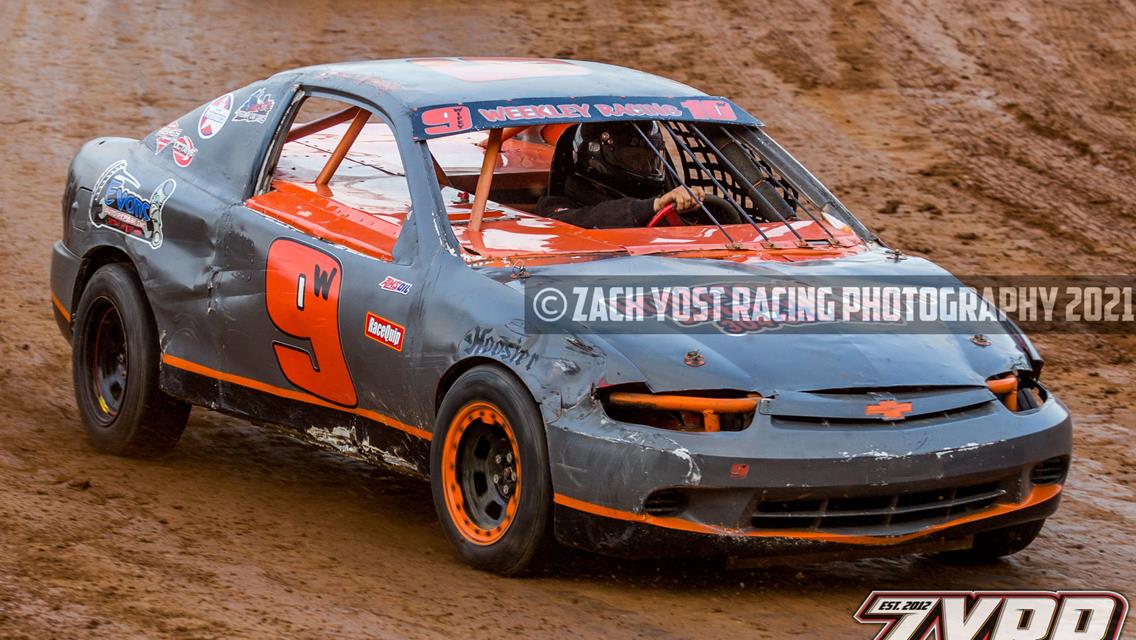