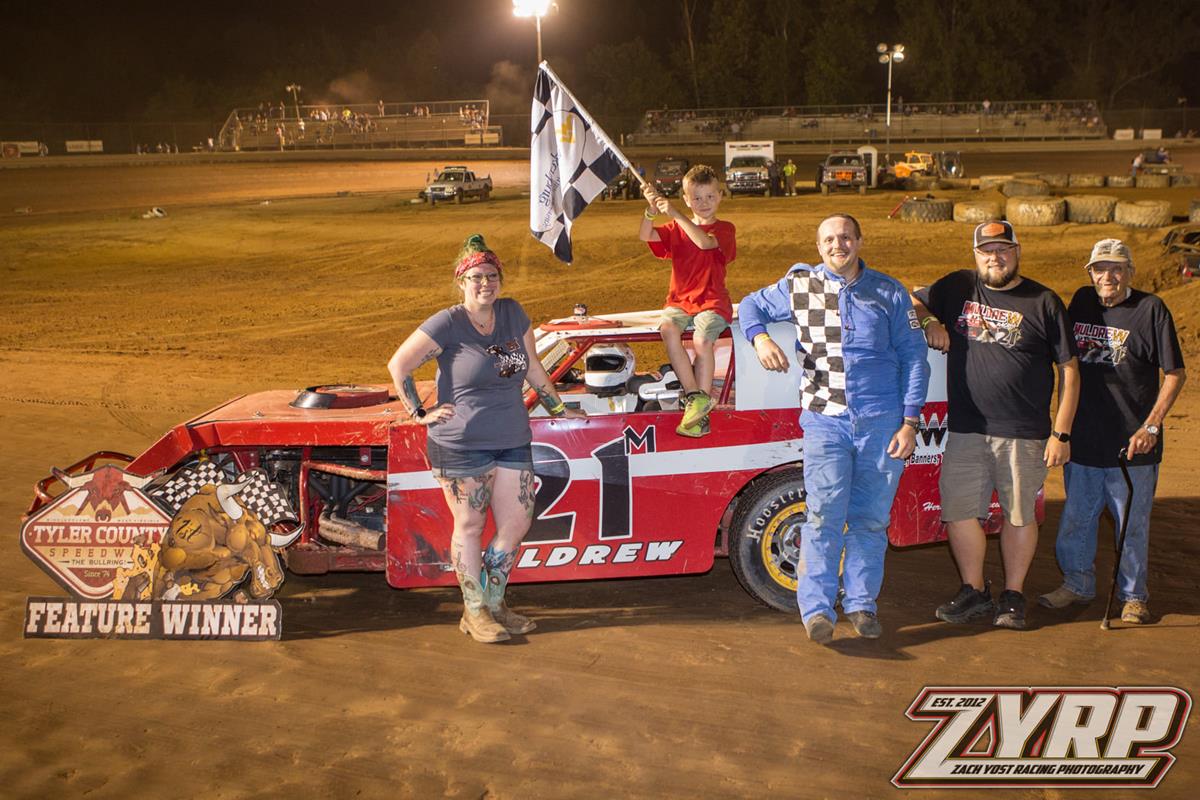 The Tyler County Speedway would welcome the Monster Truck Racing League along with the ‘Kings of Karnage’ Demolition Derby to a night of edge of your seat adrenaline induced entertainment at the ‘Bullring’. A beautiful evening and a jam-packed crowd of thrill-seeking families would pile into America’s Baddest Bullring to see the Monster Trucks ‘Walking Tall’ and ‘Stomper’ thrill fans old and young alike with killer air time, slap wheelies and car crushing excitement.

First up on the card would be the Phillips Drug MWRA Mini Wedges and in the Junior Division it was Leah Brightwell garnering her 3rd win in a row over Bryson Roberts and Cruz Thomas. In the Senior division it was Jake Casto parking the 19c machine in the West Virginia University of Parkersburg Victory Lane over Carson Thomas and Wyatt Demoss.

Thomas Motorsports would be on hand to present another round of ‘Kings of Karnage’ Demolition Derby excitement and grabbing wins were Zack Pinnell in the Stock Compact division with Cody Stollar outlasting the rest in the Stock Full Size class and Chance Pattison grabbing the win in the Modified Full Size class. Some awesome car crushing action in all three divisions along with a great show by the Kids Power Wheels Derby that would see some determined youngsters hit the front-stretch in front of the appreciative crowd ending with lots of smiling faces by all.

In the Sigler Fabrication EDGE Hotmods presented by Poske Performance Parts it was Daniel Muldrew of Fairmont, WV picking up his first win of the season in convincing fashion. The driver of the Big Red's Shanty / Ohio Valley Awards 21m would not be denied in garnering the popular win ahead of Steve Magyar, Jeff Gorrell, Brian Probst and Logan Reed who were all in a race long dog fight for podium finishes.

Veteran Dwight Henry of Marietta, Ohio would park his Dwight’s Garage/ Jeff’s Auto Repair #60 GRS in the West Virginia University of Parkersburg Victory Lane for the first time in 2021 in the Middlebourne Galaxy Food Center Sportmod Division. Youngster Sonny Leek would set an early torrid pace and look poised for his first checkered of the season but the wiley Henry would apply pressure and ease past the driver of the 8up machine at the races middle to late stages to grab the lead. Once at the point Henry would roll to the win over an impressive runner up finish from Wesley Reed, Sonny Leek, Steven Dotson and CJ Dotson.

Billy Pratt would secure his second win of the season in the Bullring Bomber class ahead of 2020 track champion Tim Coberly, Timothy Harlan, Bryce Bolden and Eric Tidd.

Be sure to join us next Saturday Night, July 3rd for Salute the Troops Patriot 200 Night and the running of the Patriot 200 as we celebrate the Troops and our Independence at America’s Baddest Bullring. A great night of action in all classes plus Street Stocks and the Inaugural ‘Buckwheat’ Memorial for Mini Wedges in honor of PJ Wright and the $500 to win ‘MERICA’ 100 Enduro Race. 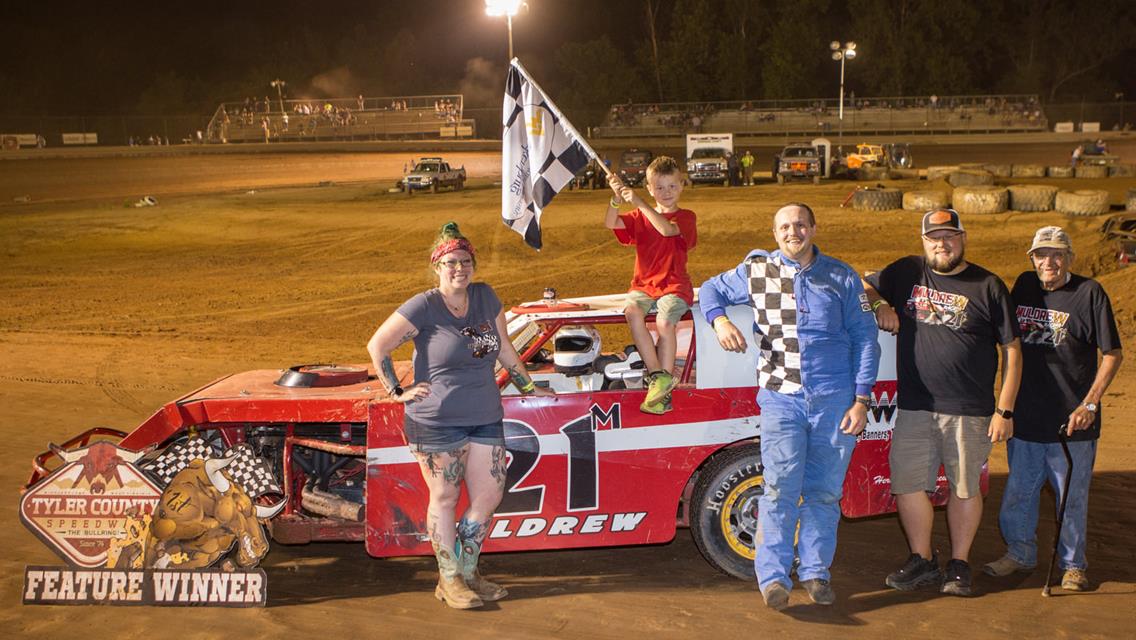 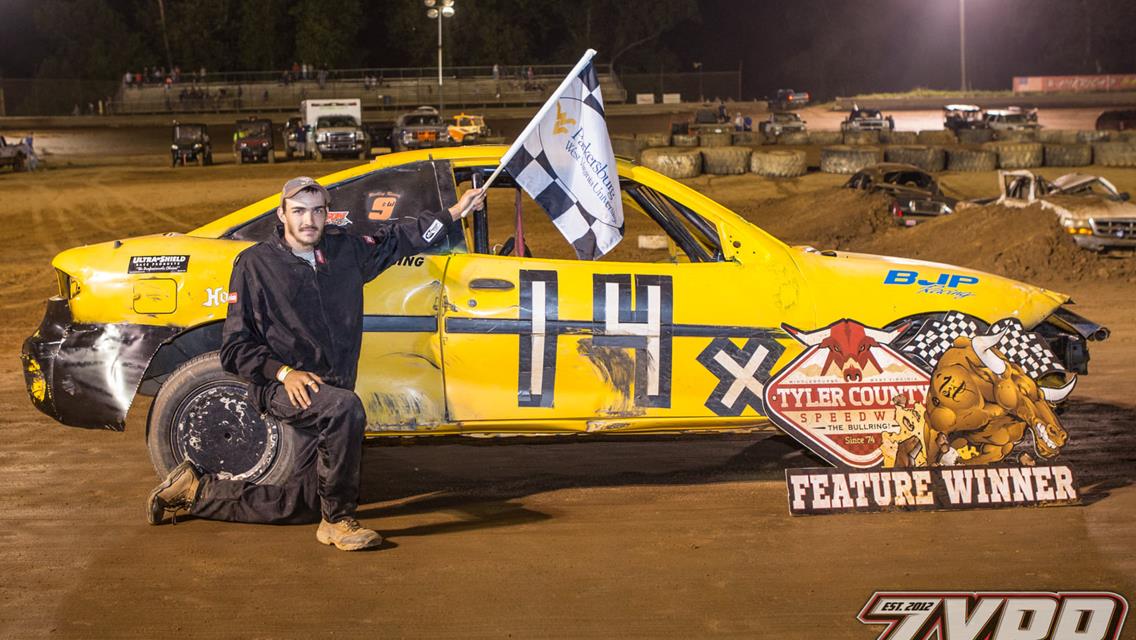 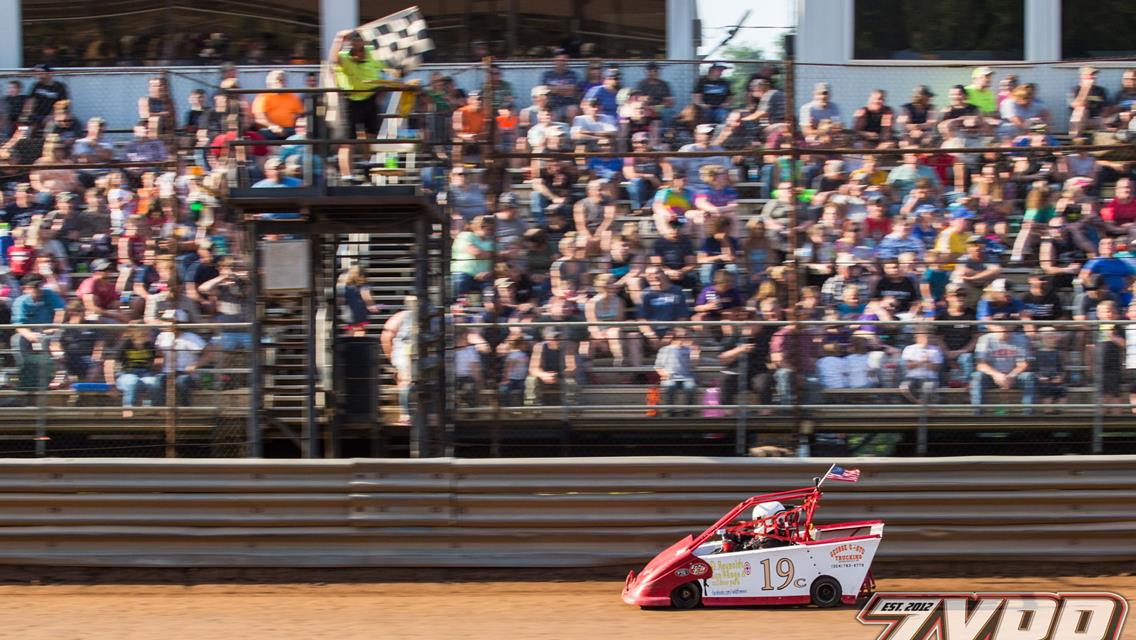 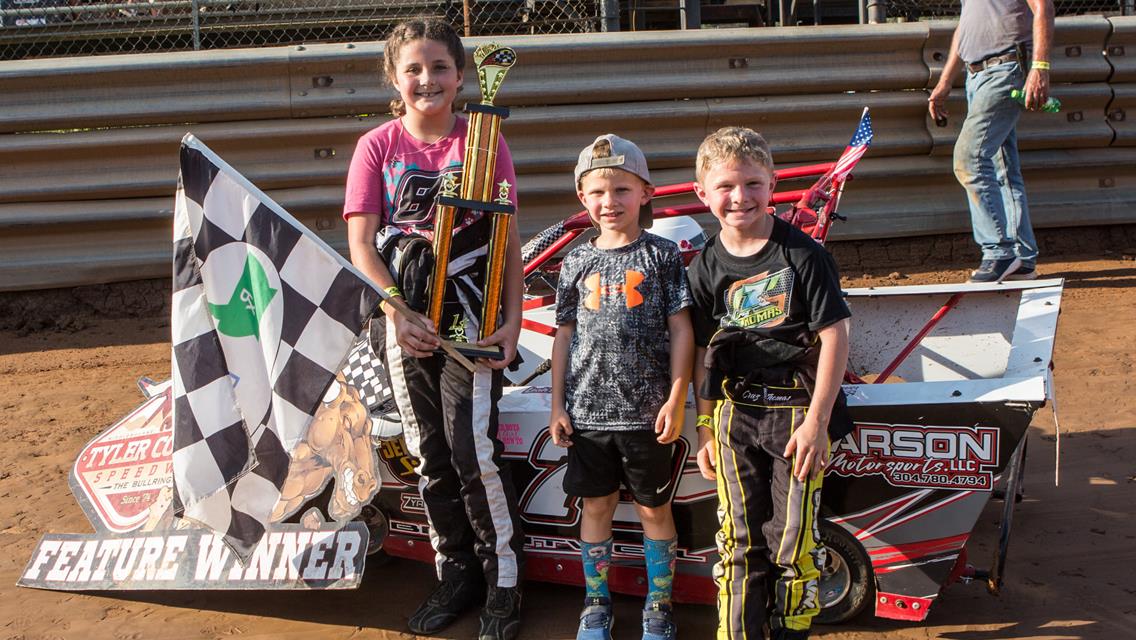 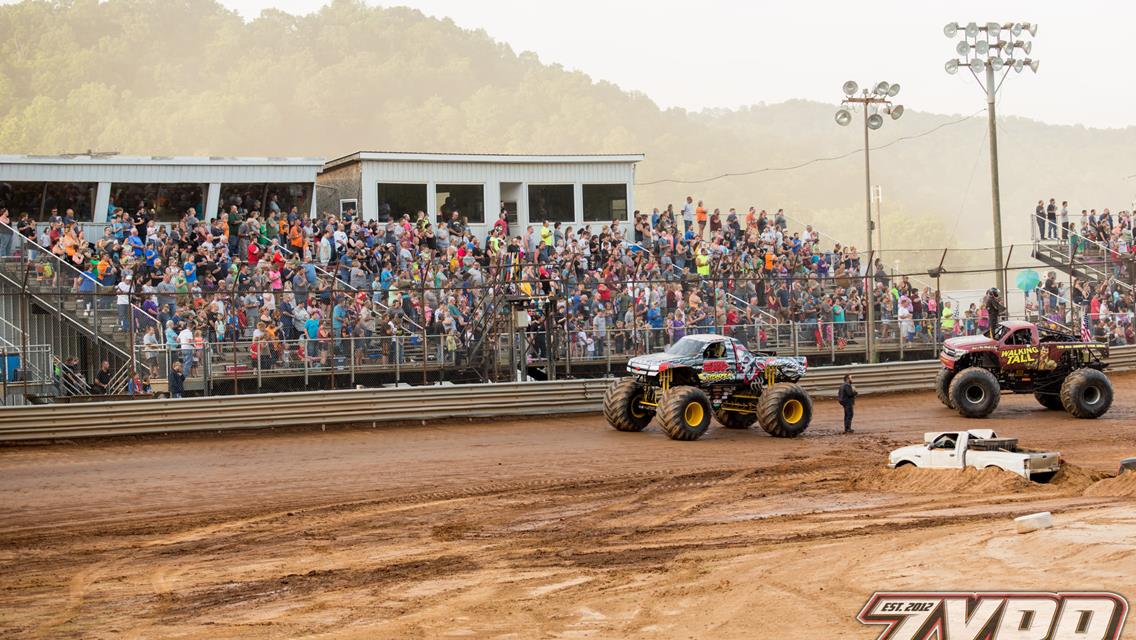 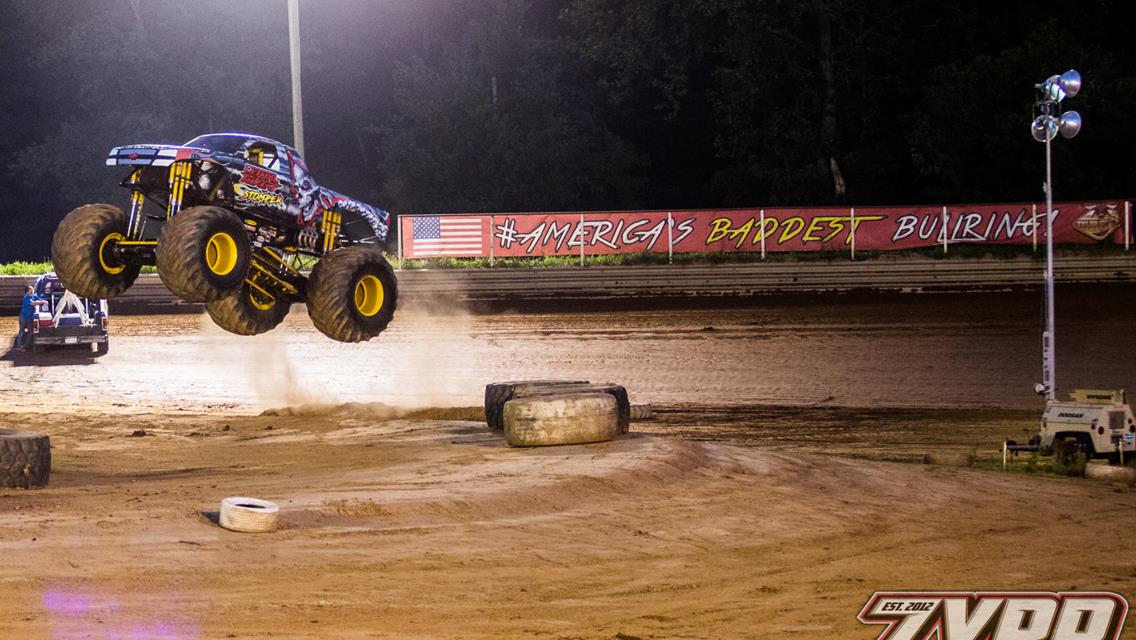 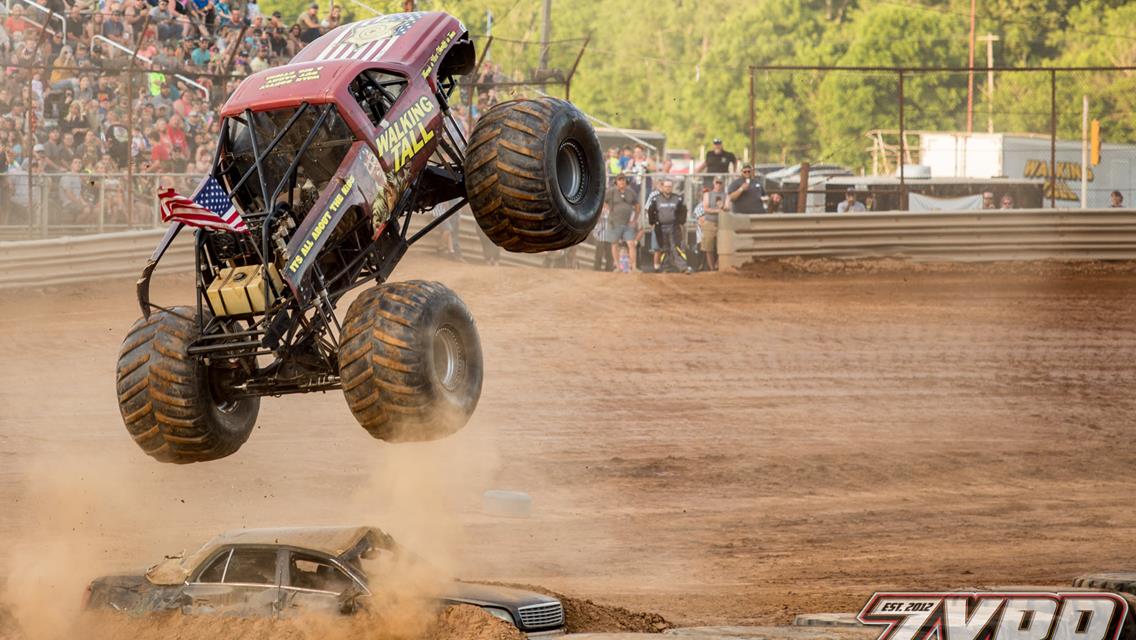 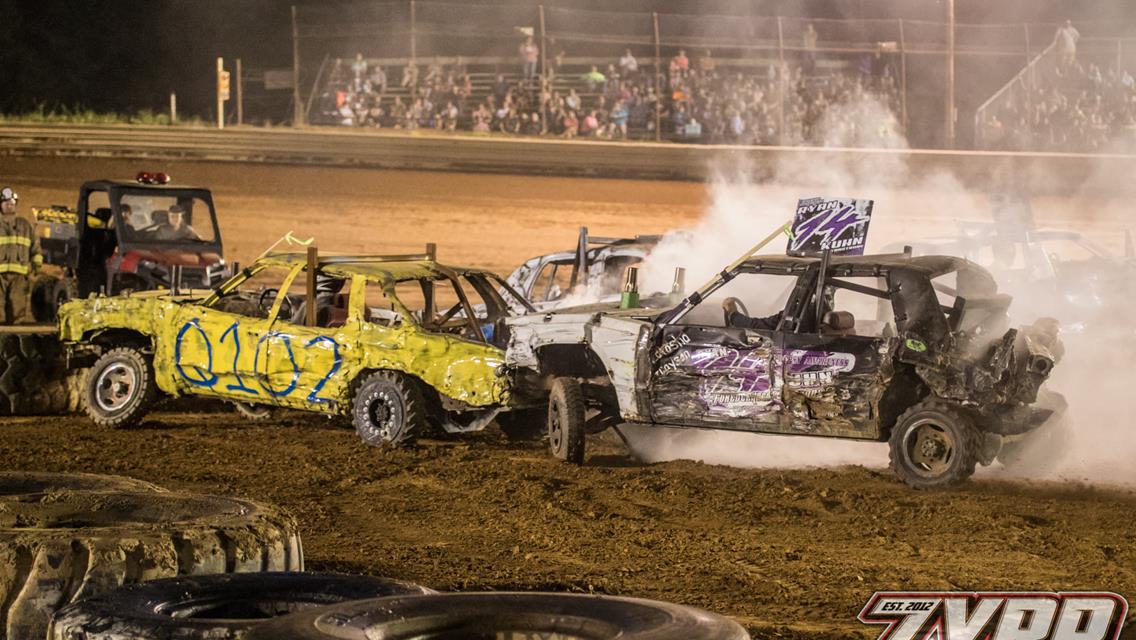 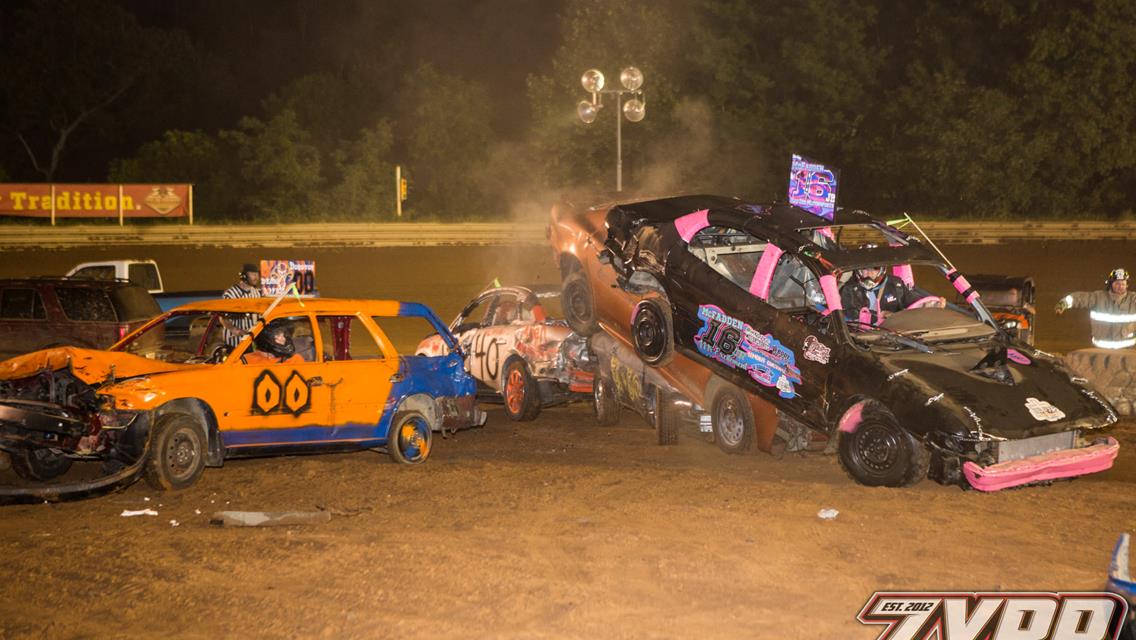 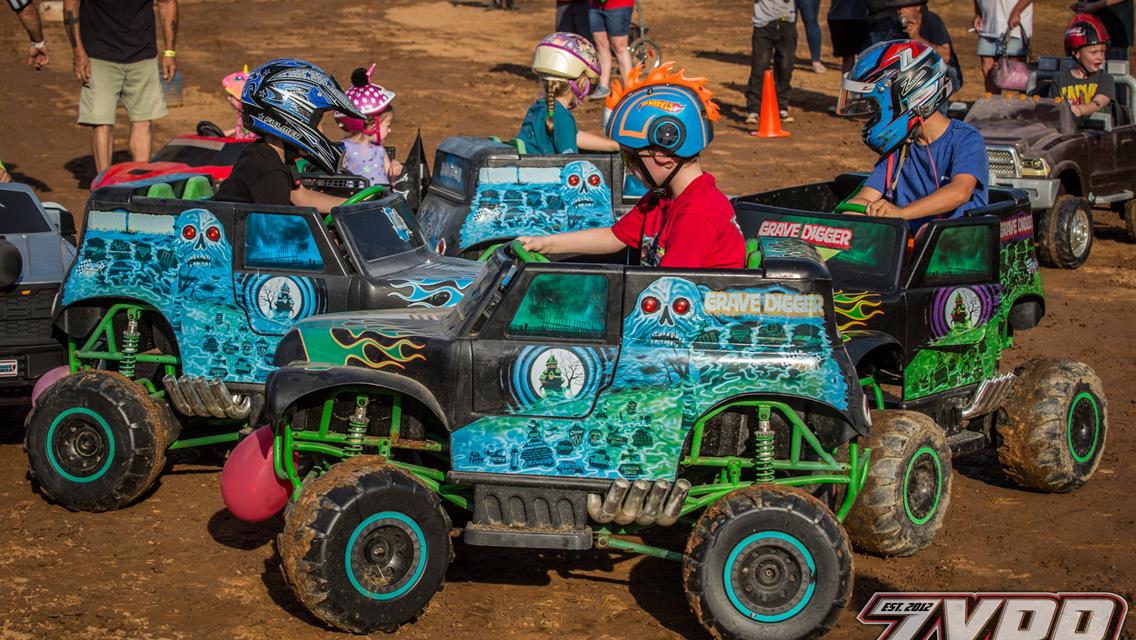