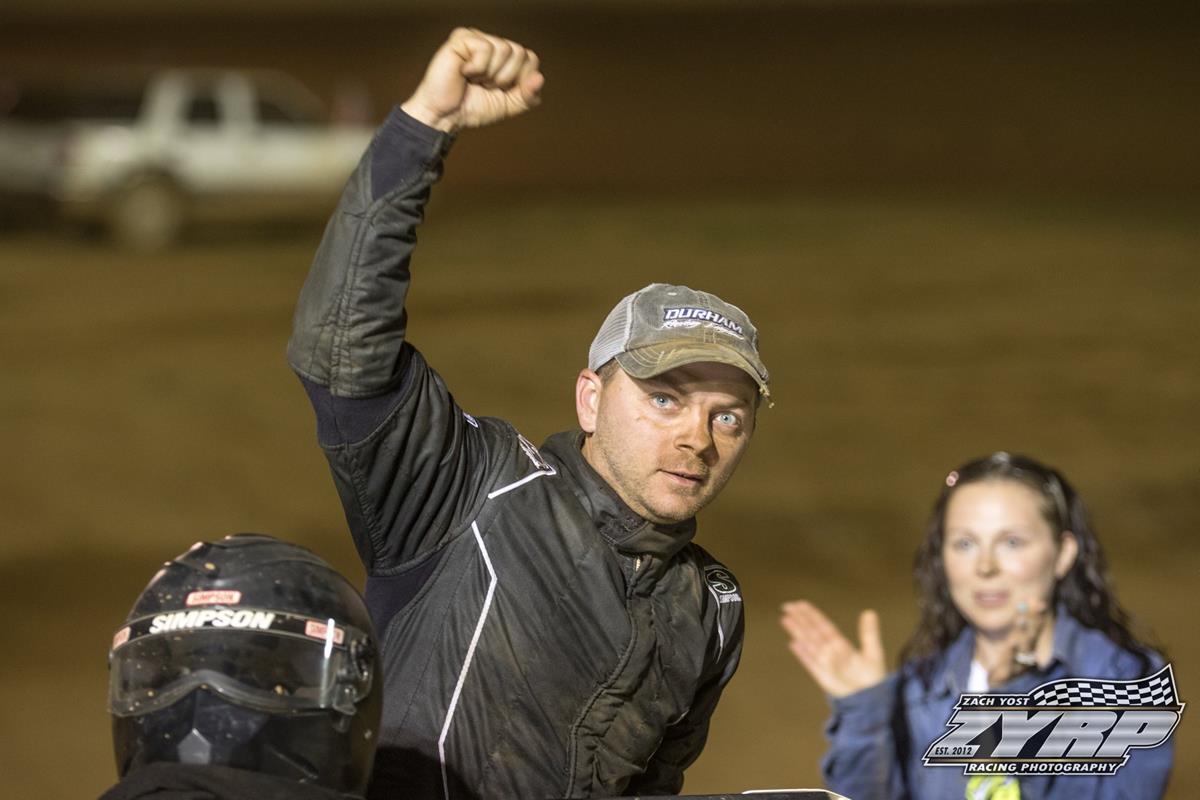 A terrific night of racing would welcome race fans back to the ‘Bullring’ on Saturday, July 11th. The RUSH Sprint Cars would make a stop along with the Grassroot Grand Prix for the EDGE Hotmods and Double Bullring Bomber main events would be some of the evening’s highlights. An awesome racing surface and timely ran show would greet the 100 plus entries and eager fans.

Another strong field of J&R Excavating Super Late Models presented by Midcap Land and Timber would arrive at America’s Baddest Bullring for battle on Saturday. In keeping with the theme of the 2020 season in the ultra-competitive division Kyle Thomas of Pennsboro, WV would pick up the popular win and become the divisions 7th different winner in as many races. It would not be easy for the defending track champion and third starting Thomas as last week’s winner Travis Brown would set the early pace. Heavy pressure on Brown from Derek Doll throughout the event would see a great race up front. Meanwhile Thomas was searching the speedway for the fastest way around and would find something around the ‘Bullrings’ topside. As the lead trio would enter lap traffic, Thomas would blast the cushion and make a bold and winning move through traffic to go on and pick up his first trip to the West Virginia University of Parkersburg Victory Lane. Thomas is sponsored by Powell n’ Son Farms/ TC Repair/ Dodd’s Sporting Goods/ The Pizza Box/ Ed Wilson Manufacturing/ Hyre Well n’ Pump Services/ Punisher Race Car and would be followed across the line by Derek Doll, Shawn Jett, Derek Stefanick with a great run and Sonny Conley rounding out the top five.

The West Virginia University of Parkersburg Victory Lane would feature a familiar face in the Advance Auto Parts UMP Modified division as Morgantown, WV’s Daniel Hill would park his Bobby Hill Racing #8 machine there once again. Hill would lay claim to his 4th victory of the season ahead of Chad Smith, Cody Brightwell, Doug Carson and Kyle Lukon.

A pair of Outlaw Auto Detailing and Auto Bullring Bomber features would entertain race fans with Clarksburg, WV’s Billy Bunnell picking up the fogged-out feature from the previous week over Tanya Colvin from the tail and Tim Coberly. In feature race #2 it was all Tanya Colvin of Pennsboro, WV capping a great night with feature win #2 on the season ahead of Bunnell and Jason Frazier.

In the MWRA Mini Wedge division it would be Carson Thomas of nearby Alma picking up his first Phillips Drug checkered flag of the summer ahead of Allen Clark and Ethan McCune. Jake Casto would grab his 4th win of the season besting the likes of Peyton Baker and Bryson Roberts across the line.